Another Libel Shared By a Labour MP: The Case of Blinded Boy Hassan Tamimi

In the wake of Labour MP Grahame Morris’ libel against Israel, another Labour MP has retweeted something from antisemite Rachael Swindon. 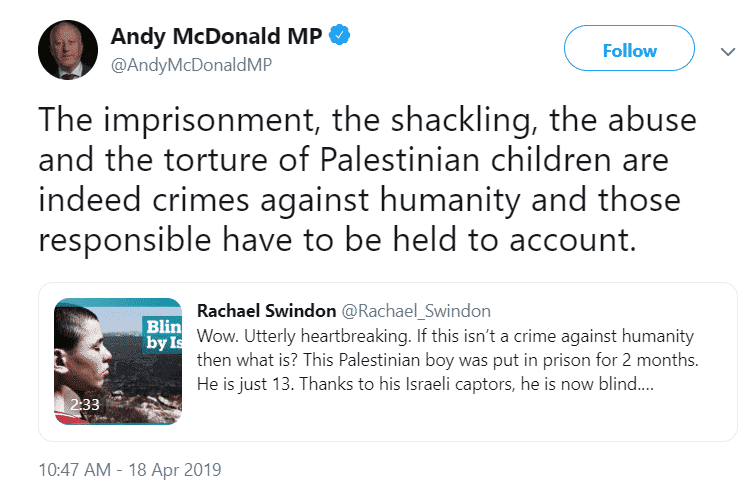 She has tweeted this video from 2018:

Wow. Utterly heartbreaking. If this isn’t a crime against humanity then what is? This Palestinian boy was put in prison for 2 months. He is just 13. Thanks to his Israeli captors, he is now blind.

How can the world just turn a blind eye? pic.twitter.com/JbaZTnpcr5

I am calling BS on this because there are so many inconsistencies with his story.

Claims He Was In a Coma

The video claims he fell in to a coma for three days. While The Electronic Intifada repeated the claim he was in a coma, most reports do not even mention it.

Heck, even his relative Manal did not mention anything about a coma:

Another crime committed against the Tamimis and Pal prisoners, Hassan Tamimi has been transferred to Sheaar Tsedeq hospital in critical condition after Israeli zionists authorities refused to give him any medical treatment in prison pic.twitter.com/t2HWRSjwT4

Given these are all heavily biased sources trying to demonize Israel, you’d think they would have mentioned this had it occurred.

Not only that, but according to the Electronic Intifada report, he slipped in to the coma in prison and only then was transferred to hospital on May 28. Manal tweeted this the next day:

Thanx for all those who asked about Hassan and prayed for him, thank god he is recovering and today the doctors told us he made it and he’ll be fine #Tamimi_Fighter pic.twitter.com/jaWhTFnxoA

Again, nothing about a coma. And if you posit that he may have exited the coma by then, this does not gel with the video report, which claims he was in a coma for three days.

Claim He Was Taken to Hospital After Prisoners Protested

Claim He Was Tied to His Hospital Bed

In the video, Tamimi claims the last thing he saw before going blind was an Israeli soldier tying his hands to the hospital bed. The fact he was tied up on hospital is not mentioned in even one of the reports about him. Again, they would have mentioned this had it occurred.

Also, as mentioned earlier, the Electronic Intifada claims he slipped in to the coma in prison. Then

When he awoke from his coma, Tamimi had lost virtually all his vision, according to Al Ghad TV.

How does he slipping into a coma in prison and then being blind only after awaking from the coma in hospital reconcile with his claim the last thing he saw before going blind was a soldier tying his hands to a hospital bed? It simply doesn’t.

Different photos of him in Israel’s Shaarei Tzedek hospital seems to confirm he was not tied up. 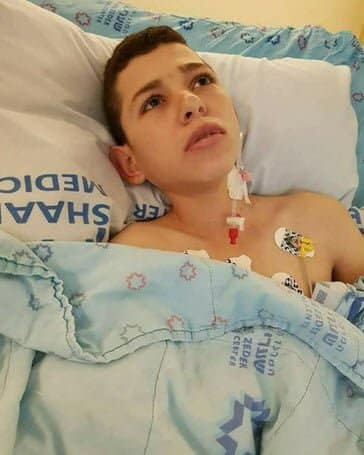 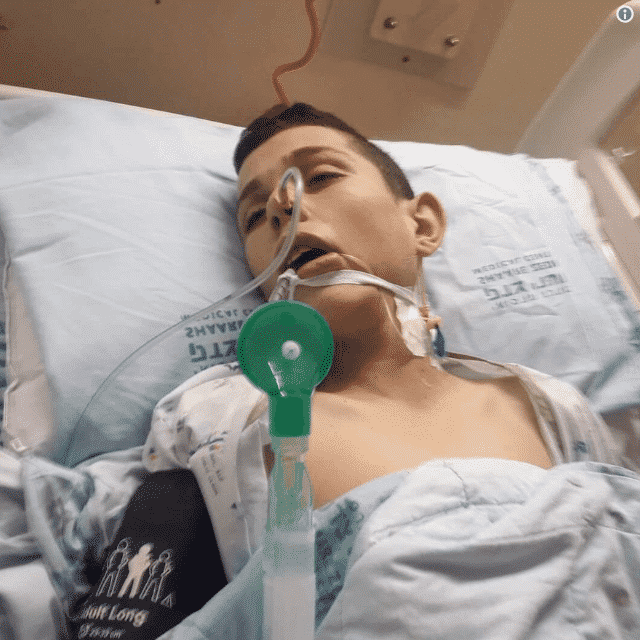 Notice the different arm positions – he could clearly freely move his arms. They were certainly not tied to the bed.

This tweeter discovered a report about Hassan from January this year, in which he was given a laptop by the PA. 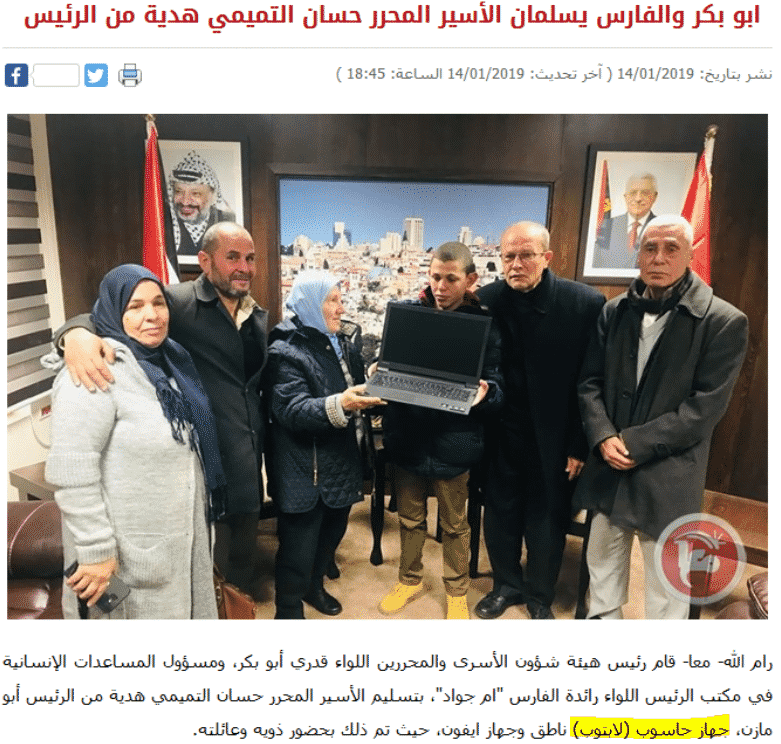 Seems like a hell of an odd gift to give a blind person.

According to Swindon, Tamimi was 13. Yet according to the Electronic Intifada, he was 18. That’s quite a difference.

Given all of these inconsistencies, I am almost certain that this is yet another malicious libel against the Jewish state. Add to the mix the fact the infamous Tamimi clan is involved, you can bet it is.