The Palestinian Nakbah and the aftermath of it changed the lives of millions of Palestinians. The ethnic cleansing, committed by Zionist militias, and the replacement of indigenous people with Jewish migrants from all over the world caused 800,000 out
of 1.4 million Palestinians to be displaced from their home towns and cities.

Although of the ethnic cleansing and genocides against Palestinians, the total number of them has reached around 13.1 million in the end of 2018, which means that the number of Palestinians has multiplied ninefold since 1948. 6.48 million Palestinians live in the historical Palestine.

I should point out that these figures are extremely inflated, since:

The Arab population in the palestinian-controlled territories and Israel may be closer to 6.5 million. And even that number is arguably inflated. Whatever the actual number, what is clear is that’s one hell of a genocide and ethnic cleansing fail. 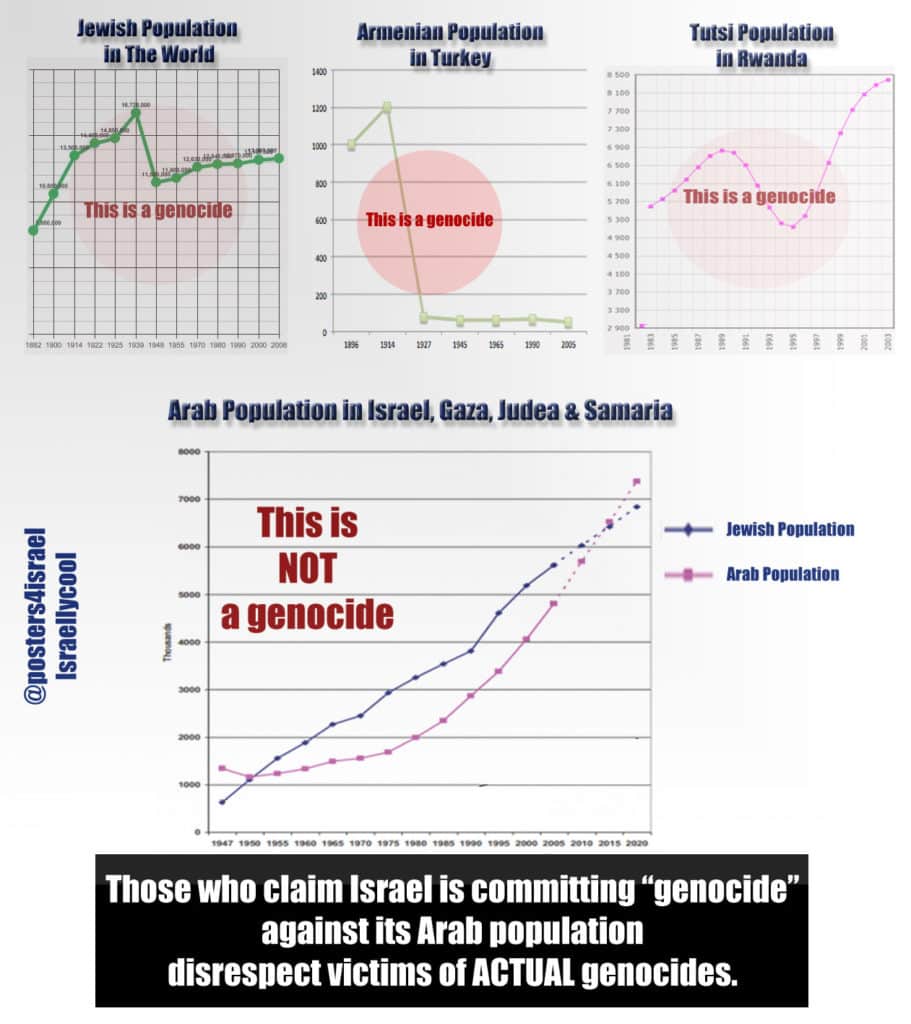 Thank you Quds News Network for reminding us all about it – despite your lies!