Those geniuses over at Israel hate site Quds News Network are on to us! 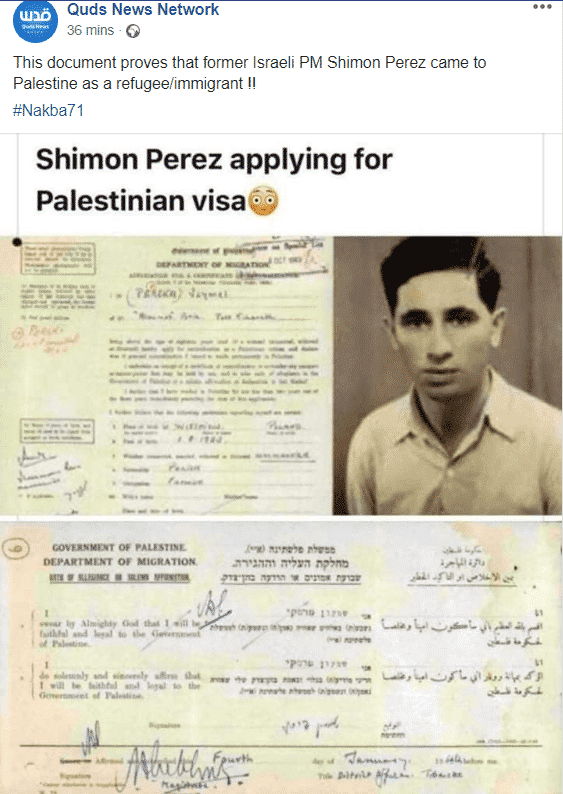 Yes, it is true. Many of us in now Israel are immigrants from other countries,

Alternatively, this is not a secret. We all know Shimon Peres was born in Poland. As were so many of those returning to our indigenous homeland after centuries of living outside of Israel, following our ancestors being dispelled from the land after the destruction of the Second Jewish Temple (many lived in Arab countries too, mind you, before being forced out).

No-one has ever denied the area was called Palestine, including Israel advocates like myself. We are fully away that pre 1948, the area was British mandate Palestine. Before that, the area was Palestine under the Ottoman-Turks. But in those days the word “Palestinian” applied to the Jewish inhabitants, not the Arab ones. That’s because the Arabs here were not considered a distinct group from those living in Syria. The political choice to tout themselves as “palestinian” – a ploy to destroy the Jewish state – only happened later.

I love it when the haters show their dumbassery. It is yet another indication of how their cause is a complete sham.