Jew hater and serial harasser Ariyana Love – who we last saw in one hell of an “own goal” video – continues to spread hatred against Israel. But so strong is her hatred of the Jewish people, she can’t resist posting things that are obviously antisemitic. 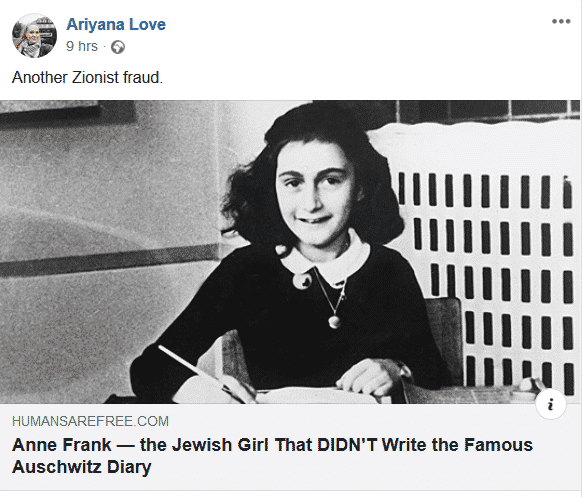 It links to this vile article that claims the diary of Ann Frank is a hoax.

The diary, filled with touching adolescent reveries and homely little anecdotes, was exactly what the Jewish “Holocaust” propagandists were looking for: a highly effective piece of ammunition to generate a maudlin, emotion-laden sympathy for the poor, persecuted Jews — as typified by Anne Frank — and generate hatred against the wicked Germans, who had killed her and six million other Jews.

Meanwhile, the worldwide Jewish propaganda apparatus has continued its promotion of the Anne Frank myth as if nothing had happened.

The article ends with this:

From Attack! No. 79, 1980, transcribed by Anthony Collins and edited by Vanessa Neubauer, from the book The Best of Attack! and National Vanguard, edited by Kevin Alfred Strom.

A bit about Kevin Alfred Strom:

In 2008, Strom pleaded guilty to possession of child pornography and was sentenced to 23 months in prison, of which he served four months

Love is clearly one confused individual. 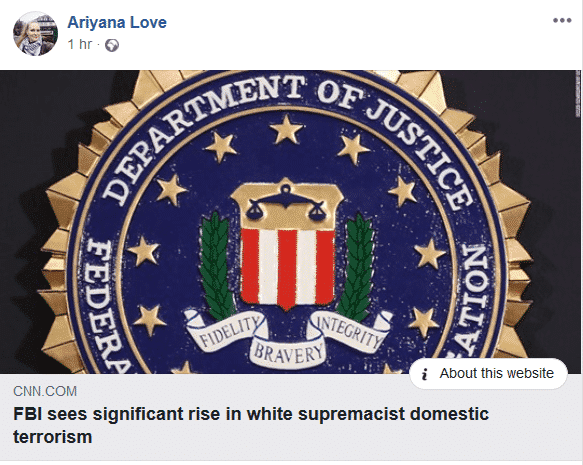 She’s also a slow learner; using the word “Zionist” when you clearly mean “Jew” is fooling nobody.