What could be more pathetic and deluded than serial harasser Ariyana Love denying she is antisemitic, despite her record of Jew hate? 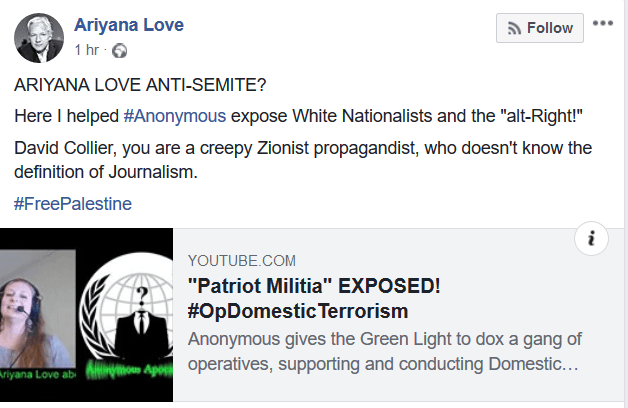 Answer: Ariyana Love denying she is antisemitic right after posting a video with one of the vilest antisemitic diatribes you may ever hear.

Note how besides using some of the usual antisemitic tropes, she refers to us as the “synagogue of Satan”, “beasts”, “not human”, and “less than animals.” As far as I am concerned, this level of dehumanization is incitement to murder. After all, who would want to tolerate such evil from “beasts”?

Please report her Facebook profile. Someone like this does not deserve to get a free pass spreading such toxic hate.