Yesterday, Poland soundly defeated Israel 4-0 in the Euro 2020 qualifiers. This is what the Polish Football Association posted on Facebook after Poland scored their fourth goal: 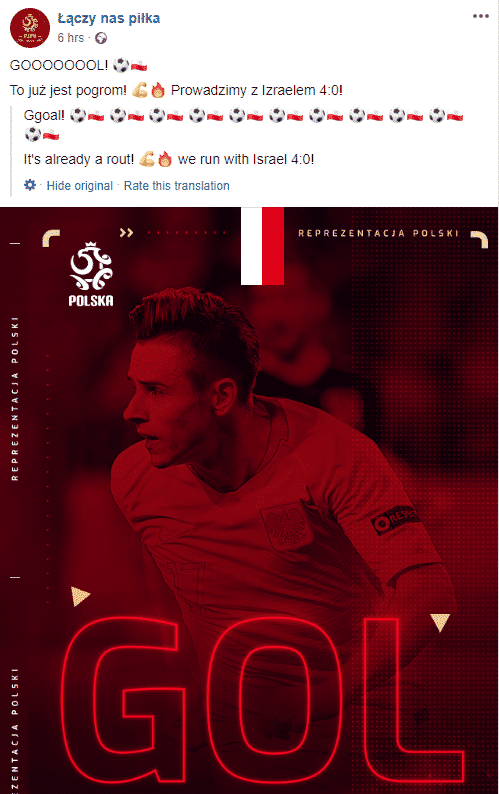 This is already a pogrom!

A pogrom is a violent riot aimed at the massacre or persecution of an ethnic or religious group, particularly one aimed at Jews.The Russian term originally entered the English language in order to describe 19th and 20th century attacks on Jews in the Russian Empire (mostly within the Pale of Settlement). Similar attacks against Jews at other times and places also became retrospectively known as pogroms.

Apparently, the word is also used to refer to ‘massacring’ an opponent in a sporting context. I do not believe the Polish Football Association meant anything else by it, but you have to question their common sense and sensitivity, given who they were playing, as well as tensions over Poland’s denial of their antisemitic past, not to mention what we are still seeing there.

Don’t get me wrong – I am not generally a fan of political correctness. But in this case, that particular word has such a connotation and history behind it, they would have been better advised to use another word.