In case you have not been following UK politics, MP Chris Williamson was recently readmitted back into the Labour Party – after having been suspended for saying the party had been “too apologetic”over accusations of antisemitism – only to be again suspended following a protest by many, including 116 parliamentarians.

This has of course sent the Israel-haters and antisemites into a frenzy. But a surprising voice in favor of the move has been Billy Bragg, singer-songwriter left-wing activist. 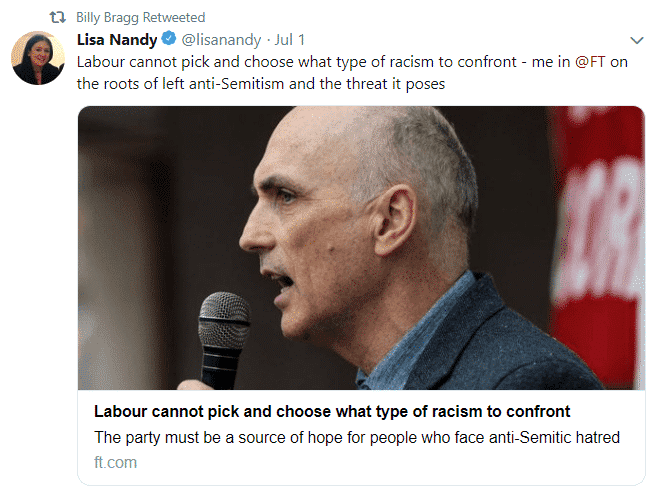 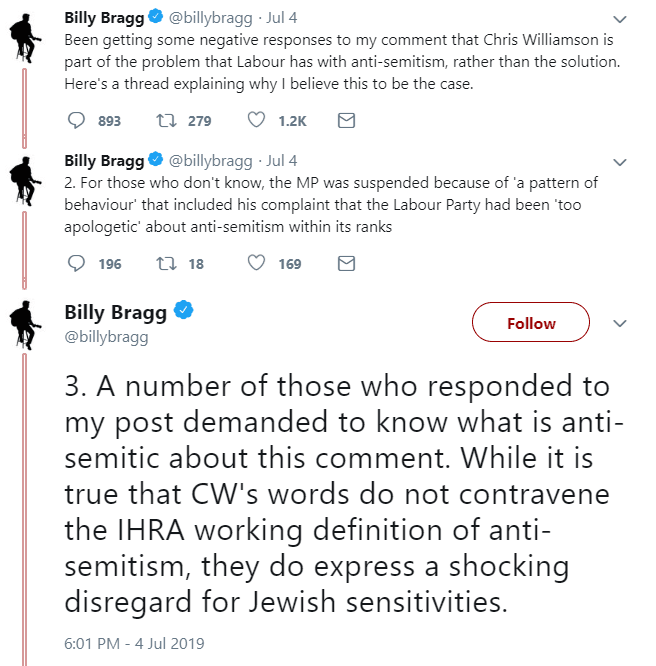 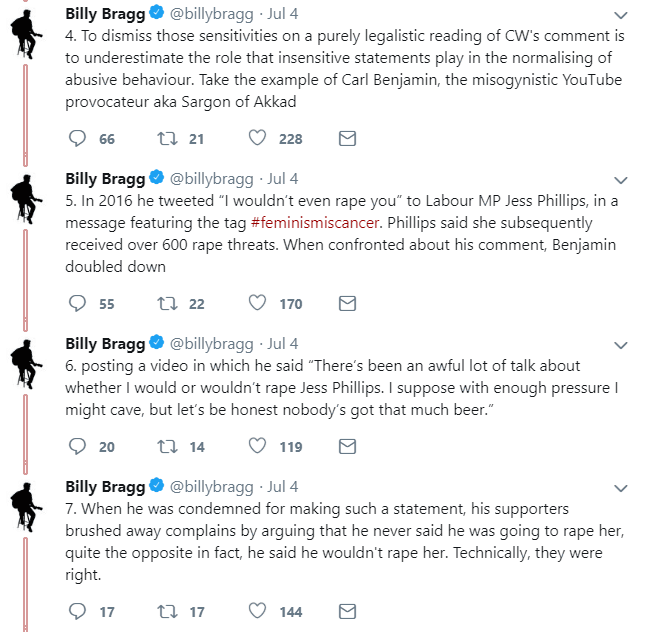 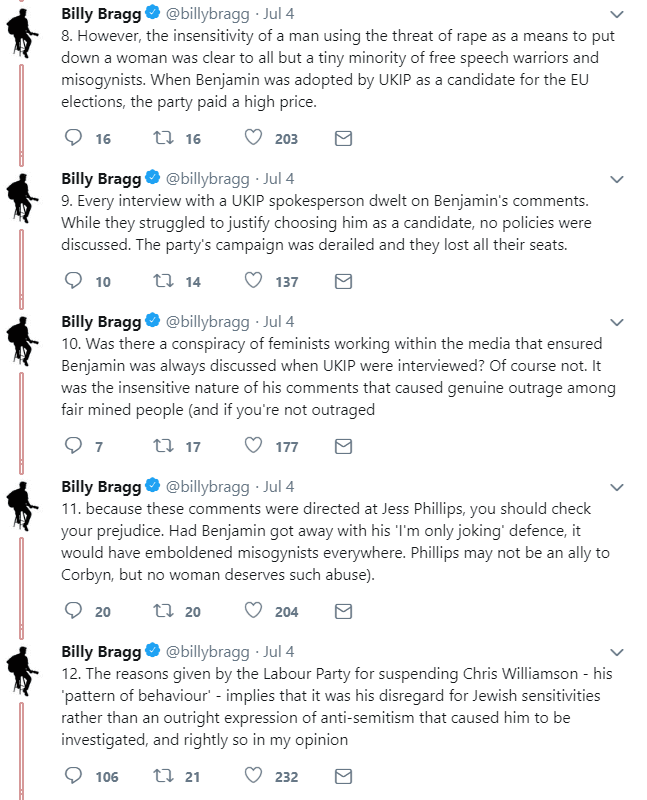 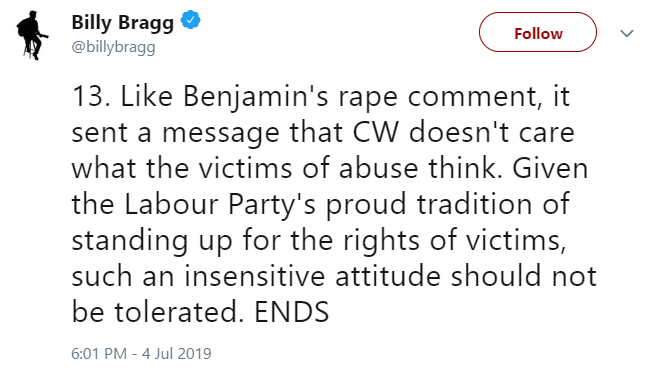 What makes this noteworthy is not just that Bragg is actually an ally of Jeremy Corbyn, and also an Israel hater who once penned a song in tribute to terror-enabler Rachel Corrie. It is that he himself showed gross insensitivity towards the Jewish community last year:

Earlier this week, Britain’s three Jewish newspapers took the unprecedented step of publishing the same editorial on their front page.

“We do so because of the existential threat to Jewish life in this country that would be posed by a Jeremy Corbyn-led government,” the Jewish newspapers wrote, explaining their reasoning for the joint editorial. “We do so because the party that was, until recently, the natural home for our community has seen its values and integrity eroded by Corbynite contempt for Jews and Israel. The stain and shame of antisemitism has coursed through Her Majesty’s Opposition since Jeremy Corbyn became leader in 2015.”

Billy Bragg, however, was unimpressed. The popular British singer—some years back, he was invited to write his own lyrics to Beethoven’s “Ode to Joy,” which he performed for the Queen, accompanied by the Royal Philharmonic—took to Twitter to argue that the ones to blame for everything were, well, the Jews.

Britain’s Jewish community, Bragg argued, was just “pouring petrol on the fire” by mentioning all that inconvenient stuff about anti-Semitism. The Jews, he went on, had “work to do” to fix the situation.

Anti-Semitism, the singer admitted meekly, was a problem, but he did not fault Labour for failing to take it seriously. “In order to do that,” he tweeted, “we have to build trust between Labour and the Jewish community and [publishing the joint editorial] does not help to achieve that.”

“How,” Bragg continued, “are we supposed to conduct a reasoned debate about anti-semitism in such a febrile atmosphere?”

That is a rather unfair headline. I made a glib comment on Twitter that failed to uphold the right of Jews to decide for themselves what constitutes discrimination against them and their community. It was insensitive and I apologise.

and it seems he has continued his mea culpa of sorts.

Don’t get me wrong: I still detest Bragg’ politics and think he is clearly on the wrong side of history and ignorant about Israel. But when someone like Bragg admits Labor has an antisemitism problem, surely they do.