For a while now, Twitter user Imshin has been tweeting video from Gaza showing what every day life there looks like for many (tweets that are often the basis for my “Concentration Camp” Gaza series).

Yesterday, she tweeted a video of Gaza-based YouTubers Tala and Ameer, who were dining in a restaurant.

Tala and Ameer share their day with us. They start with lunch at the Palmera Restaurant. They've obviously been their before, they know exactly what they want and don't need the menu.#TheGazaYouDontSee on the news. pic.twitter.com/vMASSVYYOO 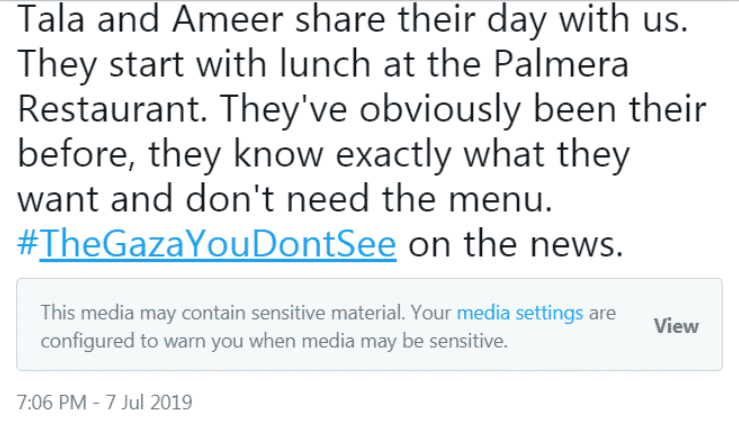 (I saw the video without restriction because I am a follower of Imshin’s on Twitter).

Apparently, the truth – as filmed by actual Gazans – may offend some viewers.

Well done Twitter for once again censoring the truth, while allowing the likes of Louis Farrakhan and David Duke to spread their bile unabated.