A few years ago, I posted a video showing Israel haters and antisemites outside the Palestine Expo in London (organized by terror enablers Friends of Al-Aqsa). The antisemitism, hatred, terror support and ignorance on display was not unexpected, but disturbing nonetheless.

I had uploaded to YouTube the video taken by a pro-Israel activist. Today, this is the message that greeted me. 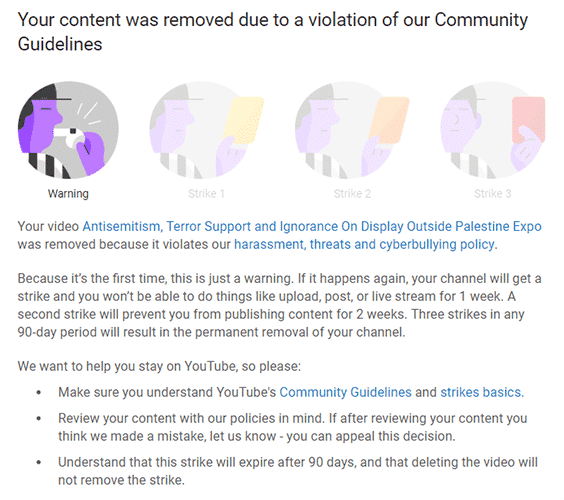 Something is clearly rotten at YouTube if exposing antisemitism and terror support is considered “harassment, threats and cyberbullying.”

In more positive news, the video of Disturbed singer David Draiman’s glorious ripping of Roger Waters and the BDS movement has been reinstated after initially being removed as “hate speech.” I strongly suspect that is because David went up against them.