While I was on my hiatus, some actor I have never heard of turned down an audition for a role in a series produced by two Jews Israelis. We know this because he felt the need to virtue signal write about it. 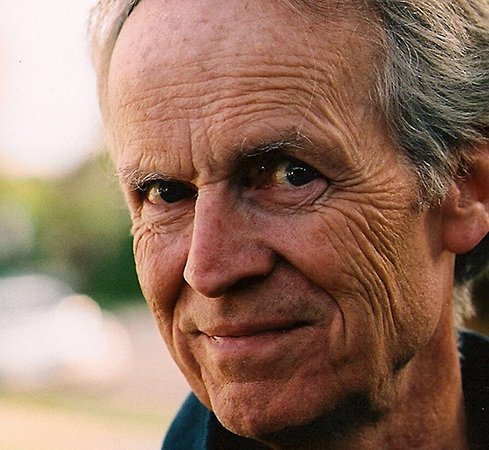 Emmy-winning actor David Clennon said in an op-ed today that he declined an audition for a new Netflix series because he didn’t want to work with two Israeli producers previously involved in a television show that casts Palestinians in a negative light.

In an op-ed for TruthOut.org, Clennon said creative executive producers Avi Issacharoff and Lior Raz were involved in the Israel television series Fauda,which depicts a Hamas terrorist being hunted by a Rambo-like soldier from the Israeli Defense Forces. When Clennon was approached to audition for the Netflix series with the working title Sycamore, he began doing some investigating.

When he discovered the involvement of Issacharoff and Raz, he decided not to audition for the Netflix role of Martin Wexler, an American politician. The show plans to start filming in September in New York and Tel Aviv and is described as a political espionage thriller.

Clennon has a contentious history in Hollywood as an outspoken political activist. Most recently, he lobbied against an Emmy Award for Ken Burns Vietnam series, which he claimed “peddles Pentagon propaganda.”  His past includes turning down roles in Just Cause and 24 because they clashed with his political beliefs.

Clennon characterized Fauda in his op-ed as “offensive” for its portrayal of the Palestinians. And even if the Netflix show chose a different path, Israeli production companies “stand to benefit enormously from their alliances with their American partners and Netflix,” said Clennon.

“In addition to substantial revenue for the companies and the Israeli economy, the Israeli government will benefit from the prestige of creative partnerships with Hollywood,’ Clennon wrote. “These show business relationships matter, politically.”

Clennon said he supports the academic and cultural Boycott, Divestment, Sanctions (BDS) campaign on Israel investment. He said he hoped to deny “Israel the legitimacy and the prestige it seeks in the world community” by calling attention through his protest.

“With considerable reluctance, but inspired by the example of so many others, I chose not to participate in the whitewashing of Israel’s image,” Clennon said, despite being out of work for a year-and-a-half.

“I’m not a high-profile performer,” he concluded. “My refusal to collaborate with Israeli producers will have a negligible effect on this expensive and ambitious project. My decision is just one individual’s act of conscience in solidarity with the Palestinian people — and with dissident Israelis who envision a better future for both peoples.”

At least he was honest about not being a high-profile performer and his virtue signaling having no effect. These are perhaps the only true things in his op-ed.

And how do I know Clennon is, like his fellow BDS-holes, full of Shiite? Because Fauda does not demonize palestinians. As I previously posted:

The show is reported to have broken barriers in Israel by giving its Arab characters equal screen time and equally complex backstories as its Jewish characters. The protagonists from both sides are as much fathers and brothers as they are combatants, and are drawn with equal complexity.

But this does not matter to Clennon, who has probably not even bothered to check out the show himself. Unless he did, and objects to portraying actual terrorists as terrorists because that somehow demonizes palestinians. But surely not, because that would mean he thinks all palestinians are terrorists (what a bigot!)

Clennon said “I’m a member of the Academy of Motion Picture Arts & Sciences. The Motion Picture Academy clearly warns its members not to disclose their votes for Academy Awards. Nevertheless I firmly believe that the film Zero Dark Thirty promotes the acceptance of the crime of torture, as a legitimate weapon in America’s so-called war on terror. In that belief, following my conscience, I will not vote for Zero Dark Thirty in any category… I cannot vote for a film that makes heroes of Americans who commit the crime of torture.”

By the way, realize just how pathetic he is. He wrote an op-ed about refusing to audition – he did not even have the role. Perhaps with his career stalled, he thought this was a good way of getting a part in a Ken Loach movie.

Here’s hoping the next time we hear from him, he’s saying “Would you like fries with that?”