Here’s hoping we will soon be saying good riddance to bad trash: 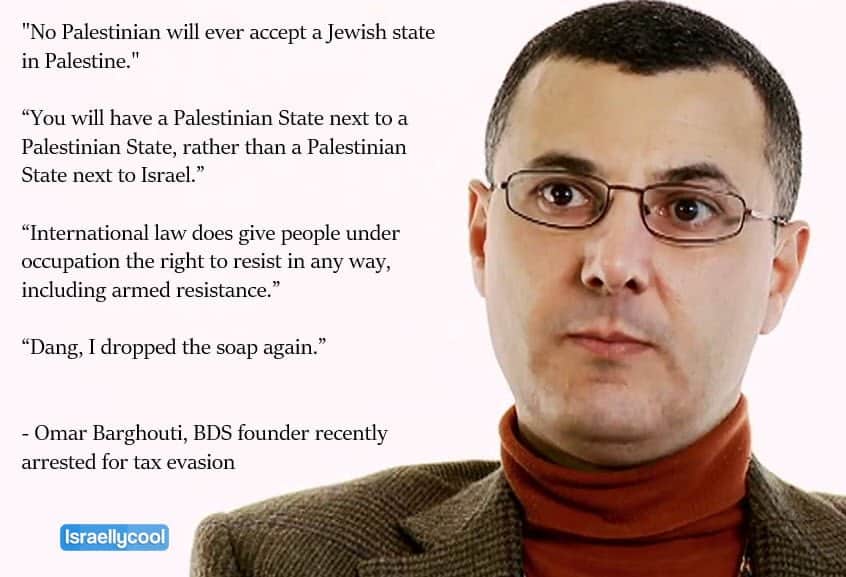 Interior Minister Aryeh Deri announced on Sunday that he had directed the Population and Immigration Authority to prepare a legal opinion to be used in the deportation of Boycott, Divestment, and Sanctions founder Omar Barghouti.

Barghouti holds Israeli permanent residency status, which he obtained after marrying an Arab Israeli woman, with whom he lives in the northern city of Acre.

“I intend to act quickly to deprive Omar Barghouti of residency status in Israel, Deri said in a statement announcing the move. “This is a man who does everything to harm the country and therefore must not enjoy the right to be a resident of Israel.”

Once he’s kicked out, this BDS hypocrite, who currently enjoys all the benefits of living in Israel (including a university education), will no longer. And that is great news for any BDS-hole who truly wants to do the BDS thing properly.

Of course, I expect a hell of a lot of whining from him and his fellow lying hypocrites.