Ron E. Hassner is the Chancellor’s Professor of Political Science and Helen Diller Family Chair in Israel Studies at U.C. Berkeley. He recently surveyed 230 Berkeley undergrads to find out how much students who feel strongly about the so-called “occupation” actually know about the Israeli-palestinian conflict.

As expected, the results confirm what you’d think: not bloody much. 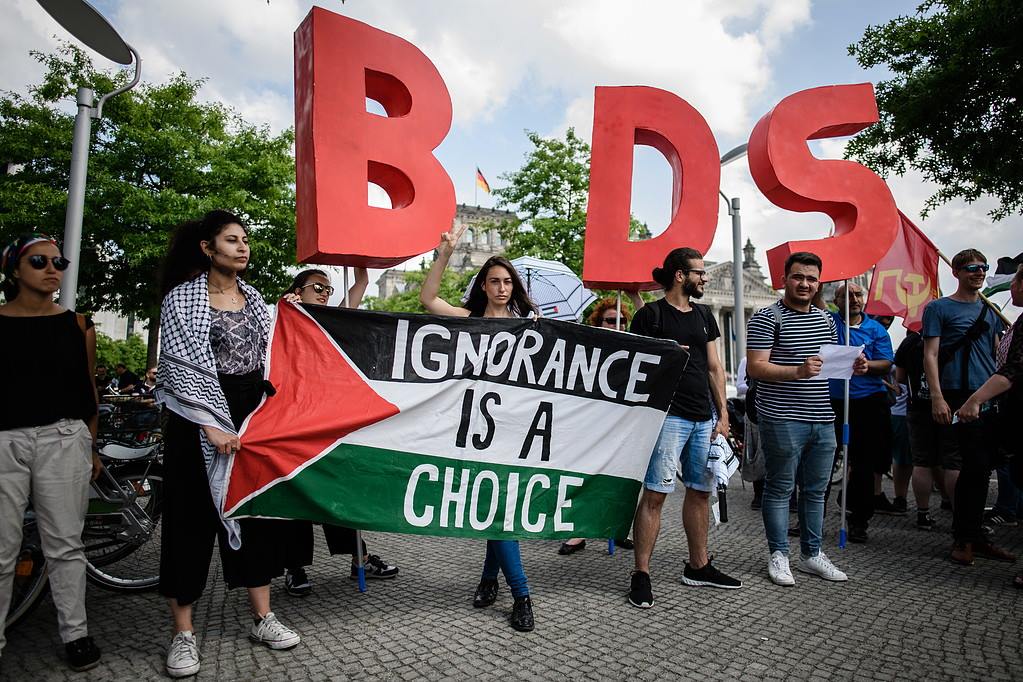 How do much do students who feel strongly about the Palestinian occupation actually know about the Israeli-Palestinian conflict? I recently surveyed 230 Berkeley undergraduates to find out which conflicts in the Middle East they were most interested in and how much they knew about the region. I found that a lion’s share of students claims to “care deeply” about the occupation of Palestinian territories. I also discovered that 75% of those students cannot locate those territories on a map and 84% cannot name the decade (let alone the year) in which that occupation began.

The results are illuminating. 43% of students surveyed (100 out of 230) expressed an intense interest in the Israeli occupation of Palestinian territories and checked the “I care deeply” box. This fascination with the Palestinian issue does not seem to be motivated by a broader humanitarian concern for national liberation struggles. My students cared far less about other Middle East occupations, such as the Kurdish struggle for independence, the occupation of Western Sahara, or the occupation of Northern Cyprus. Curiously, even the 100 students who “care deeply” about the Palestinian occupation shared that indifference towards other disputes.

How much do these students know about the region? As might be expected, the results are dismal. The average student in my class could barely answer two questions out of six correctly and the students who expressed the strongest interest in the Palestinian issue did just as badly, even when answering questions that related directly to the conflict they claimed to care most about.

For example, like the rest of the class, only 25% of passionate students placed the Palestinian Territories, correctly, south of Lebanon. But students with more moderate levels of enthusiasm provided the correct answer 28% of the time. More tellingly, the students with the strongest feelings about the Palestinian issue were also the most overconfident. They were the least likely to leave their answers blank and the most likely to offer a wild guess. 25% of these students placed the Palestinian Territories west of Lebanon, in the middle of the Mediterranean Sea. The class average for this blunder was 14%.

This pattern of brash ignorance recurred across all questions related to the Palestinian-Israeli conflict. Only 16% of students who “care deeply” about the Palestinian issue provided the correct decade for the Six Day War and only 17% were able to guess that the population of Israel was somewhere between 8 and 12 million people. The others offered guesses ranging from as low as 100,000 persons to as high as 150 million persons.

How can so many students claim to care so deeply about a conflict that they know so little about?

Read the whole thing. While Hassner opines that “current political trends on campuses require students to profess strong opinions about divisive issues, regardless of their level of knowledge or understanding, as a way of signaling their identity and values”, I believe the answer is something else: the students are being fed lies by their lecturers and anti-Israel groups on campus like SJP, causing them to side against Israel while lacking basic knowledge.

Oh, and some also just happen to dislike Jews anyway.

Either way, the ignorance of the Israel hater is embarrassing.