In a hit piece on WeWork founder Adam Neumann and Jared Kushner, anti-Israel DouchebloggerTM and bigot Richard Silverstein slips up. 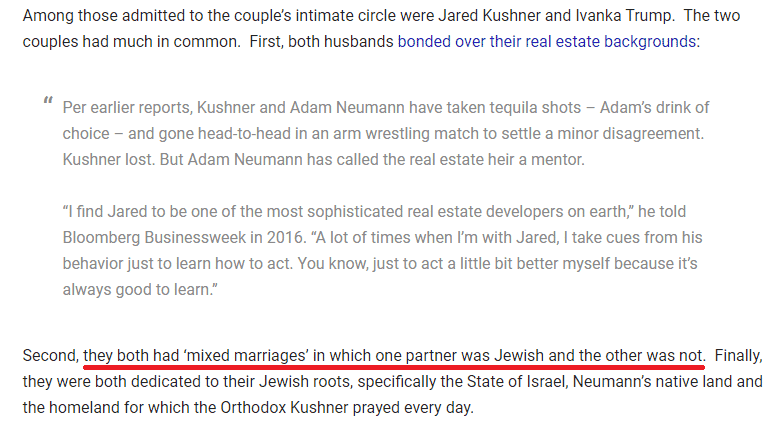 Ivanka Trump converted to Judaism – Orthodox Judaism no less – and is considered absolutely Jewish (Adam Neumann’s wife has a Jewish father, but I am not sure about her mother or whether or not she converted). The fact Silverstein would say she is not Jewish is as bigoted as it is wrong.

Jewish law dictates we treat the convert well and love them. Not that Silverstein would know this – he is very ignorant of Judaism, especially for someone who claims to be knowledgeable.

But I don’t believe his statement is the result of ignorance – he surely knows Orthodox Jews are considered Jewish. I think he doesn’t consider her Jewish because she is the wrong type of Jew: the proud, observant kind, who loves and supports Israel. After all, he has shown this vile attitude towards others in the past. 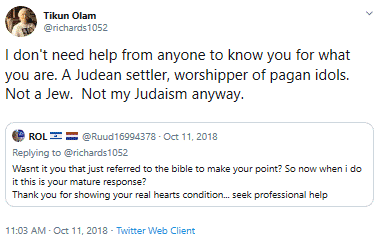 Finally, they were both dedicated to their Jewish roots, specifically the State of Israel, Neumann’s native land and the homeland for which the Orthodox Kushner prayed every day.

Here, Silverstein is essentially admitting that being dedicated to one’s Jewish roots means supporting the state of Israel, the homeland for which Orthodox (i.e. practicing) Jews pray each and every day!

Perhaps Silverstein should take the advice of the Talmud (Pesachim 99a)