A few weeks ago, antisemitic rock’n’roll BDS-hole Roger Waters went after the group Artists Against Racism (AAR) in a video for “cherry picking racism.”

Apparently there was a huge whopper of a lie in that video, which I missed. 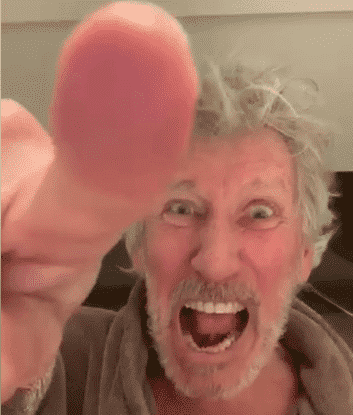 On Nov. 16, the creator of the rock epic The Wall posted a two-minute video to Twitter and Facebook, tagging AAR on both accounts. In the video, he speaks condescendingly of the charity and describes a different, more convoluted version of the story: he confirms that a Canadian organization wrote it and signed his name to it, but alleges numerous other names appeared as well. (In a copy of the letter obtained by The CJN, only Waters’s name appears at the bottom.)

Meanwhile, the executive director of AAR had a few choice words about Waters:

Lisa Cherniak, the executive director of AAR, was baffled when a colleague forwarded her the letter. As a registered charity, AAR does not take positions on either domestic or international politics.

“I was shocked that he’d add his name as a member and try to use that to leverage Celine to cancel her concert,” Cherniak says. “Even if he was a member, it’s just very weird.”

Coincidentally, the charity is currently planning to fundraise for billboards in Israel that will depict Israeli and Palestinian artists working together, to deliver “a message of co-operation and oneness, instead of divisiveness and antagonism,” Cherniak says.

“People like that don’t think of the consequences,” she adds. “He could have had a much better situation, had a dialogue and created communication. And instead he just incited more hatred.”