Following the publication of her antisemitic tirade at the AMP conference, Linda Sarsour has gone into damage control mode, claiming her comments “require context.” 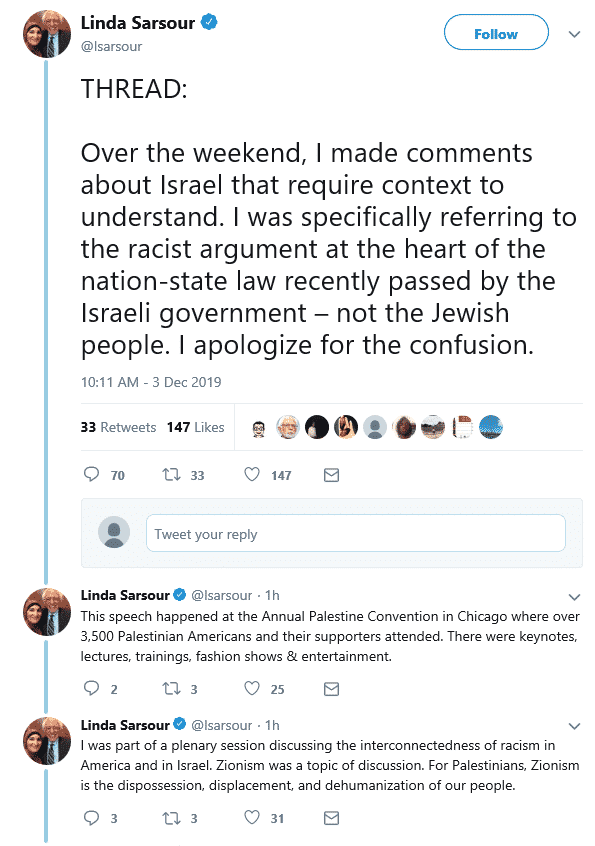 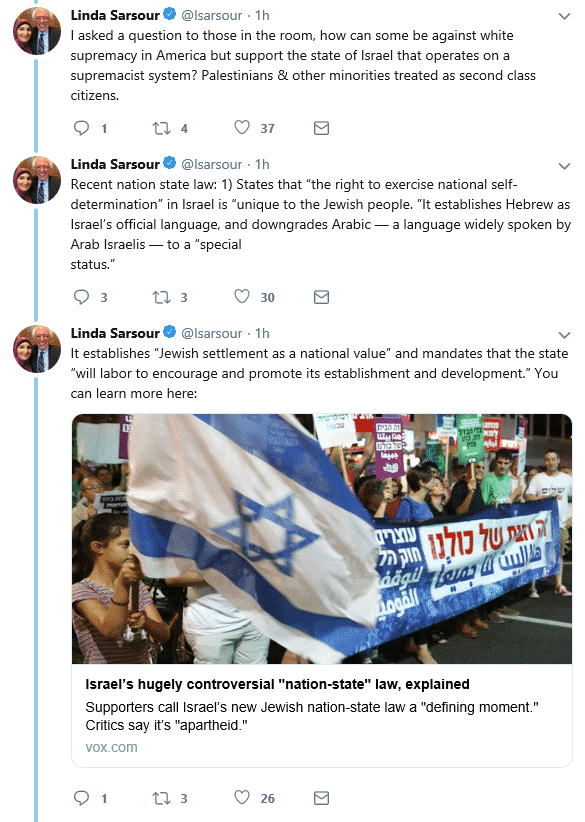 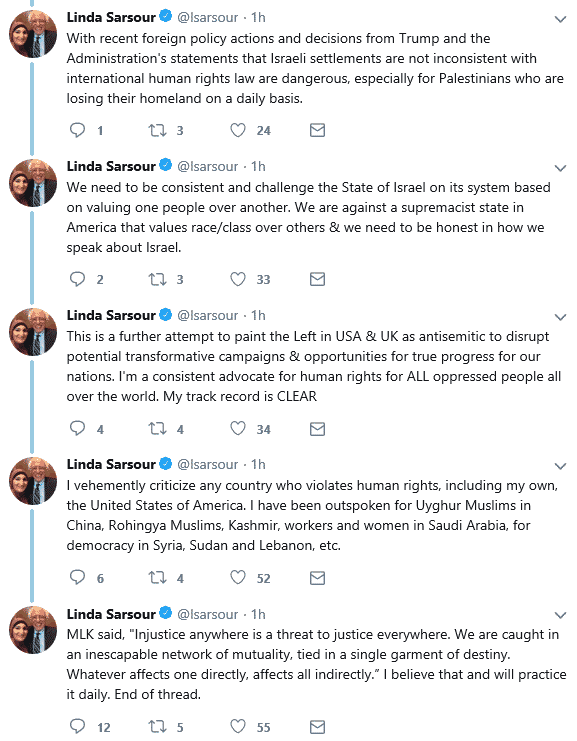 Here’s a reminder of her antisemitic comments:

Note that she speaks of Israel being “built on” Jewish supremacy – she makes no mention of the Nation State Law, which was passed in July 2018 (and is not about Jewish supremacy).

You see, Sarsour has been criticizing Israel’s Jewishness since way before that.

Sarsour realizes she has been sprung, which is probably why the video was removed to begin with. Now that she realizes many people re-uploaded it, she is counting on people not paying special attention to what she actually said, and has been saying for a long time now.