Great news from the UK:

An exit poll in Britain’s election projected that Prime Minister Boris Johnson’s Conservative Party will likely win a majority of seats in Parliament, an outcome that would allow Johnson to fulfill his plan to take the UK out of the European Union next month.

The survey predicted the Conservatives will get 368 of the 650 House of Commons seats and the Labour Party 191. It projected 55 for the Scottish National Party and 13 for the Liberal Democrats.

I could not resist. 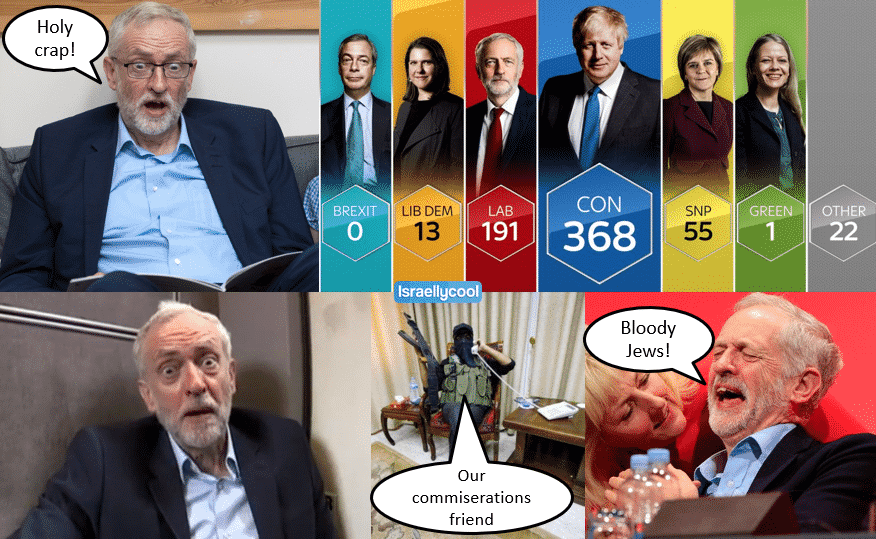 While this could be cause for celebrations for UK Jews, I keep reminding myself there is the day after. His rise to power coincided with a rise in Jew hatred in the UK – or at least a rise in its manifestation. No doubt the Jews will be blamed for Corbyn’s undoing.

The majority of people in the UK may not have thrown the Jews under the bus, but the roads continue to be a dangerous place.