After a Serbian-Israeli tweeted about the latest palestinian murder attempt (rigging a soccer ball with explosives), a hater tweeted the following (hat tip: Maks) 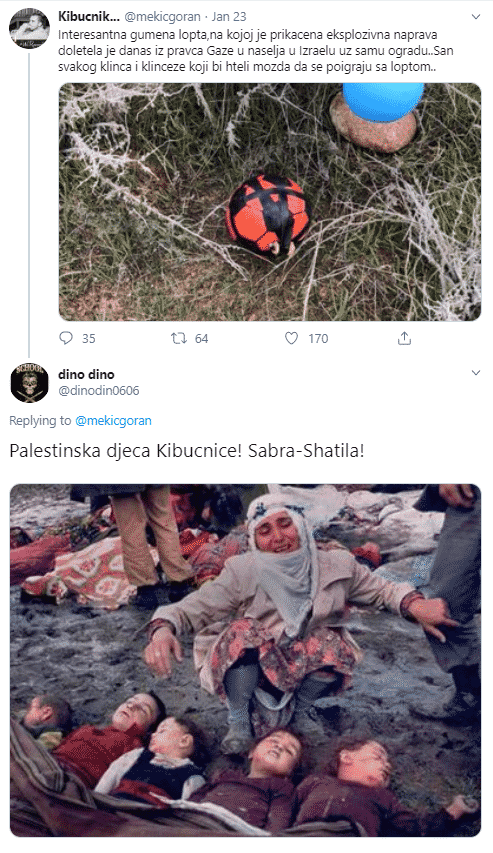 Naturally, it is yet another example of fauxtography. Here is what the photo actually shows: 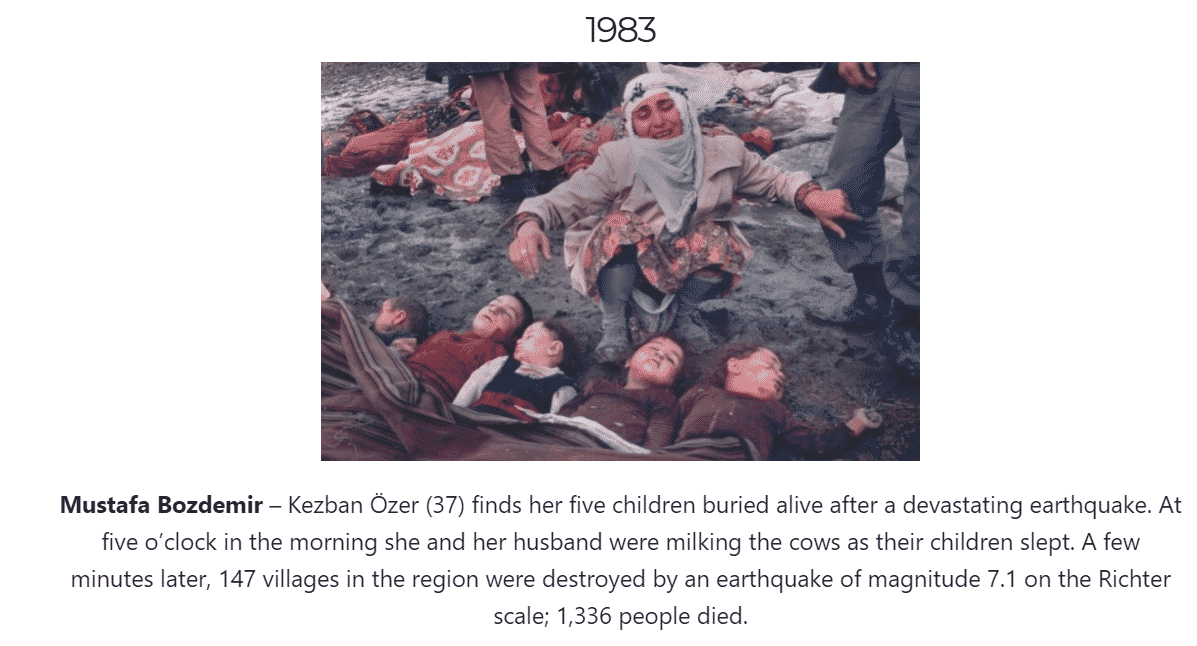 In fact, this is not the first time haters have tried to pass this photo off as a palestinian woman and her children. Even the rabidly anti-Israel Mondoweiss had to issue a retraction for this back in 2011.

In September we published the following photograph in a post on the 29th anniversary of the Sabra and Shatila massacre. Seham stuck the foto in the way we all do, by searching images on line and grabbing the first dramatic color photograph.

I have been researching the Sabra and Shatila massacre and I came across a post on Mondoweiss dated September 16, 2011.The post showcases a tragic and compelling photograph of an anguished woman kneeling over her dead children. However, the photograph has nothing to do with the horrific event. I also see that the error is repeated with a post to GlobalVoices crediting Mondoweiss for the photograph as it highlights the killings of the toddlers.
With an emotionally charged subject matter, it can be remarkably difficult to distinguish fact from deception, and even harder to establish and maintain credibility. I don’t know what your editorial policies are, nor do I have any idea whether Seham was aware of the inaccuracy, or if she simply repeated an earlier deception (as did the poster to GlobalVoices). Nonetheless, I thought I would bring this to your attention — I believe you have a challenging mission, and I believe errors of this nature have the potential to undermine your efforts.
The information regarding the photograph in question is set forth below and can be accessed at worldpressphoto.org in their 1983 photo archive.
– Year 1983
– Photographer Mustafa Bozdemir
– Nationality Turkey
– Organization / Publication Hürriyet Gazetesi
– Category World Press Photo of the Year
– Prize World Press Photo of the Year
– Date 30-10-1983
– Country Turkey
– Place Koyunoren
– Caption Kezban Özer (37) finds her five children buried alive after a devastating earthquake. At five o’clock in the morning she and her husband were milking the cows as their children slept. A few minutes later, 147 villages in the region were destroyed by an earthquake of magnitude 7.1 on the Richter scale; 1,336 people died.

We are thankful to Russi and regret our error and any pain that it may have caused Turkish survivors of the ’83 earthquake.

Note though how they regret only any pain “that it may have caused Turkish survivors of the ’83 earthquake” and not to innocent Israelis accused of yet another crime we didn’t commit.

And that’s pretty much what they do – like the incendiary balloons the palestinians launch in order to inflict maximum damage on us, they and their supporters launch incendiary lies with the same goals in mind.