Welcome to the world of Medea Benjamin and her Code Pink. A world in which boycotting and sanctioning the world’s only Jewish state is “peace” and “non-violent resistance” which does not kill 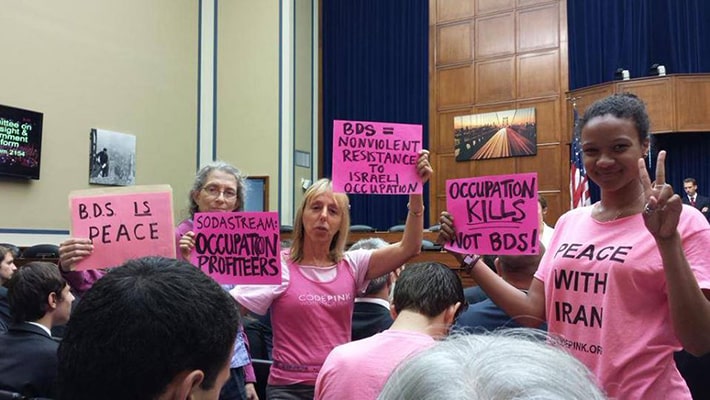 but sanctions on Iran are “an act of war that hurt innocent Iranian civilians, particularly children, the elderly & the sick”

I guess children, elderly and the sick don’t really count when they are Jewish.

Ilhan Omar called – she wants her hypocrisy and antisemitism back.