She understood what she had tweeted was not based on fact.

There was one thing congresswoman Rashida Tlaib had to do: also apologize for the antisemitic blood libel she helped disseminate.

Instead, she tweeted out this non-apology. 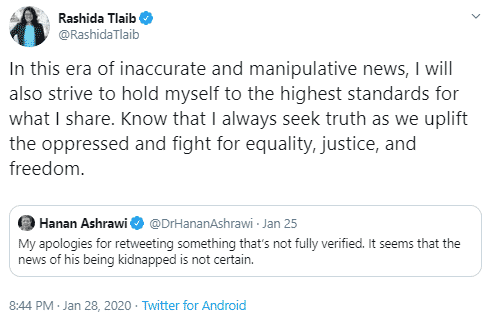 Because the only thing she is sorry about is the fact it wasn’t true.