Yesterday, anti-Israel hate sites like Quds News Network accused Israel of murdering a palestinian and using a bulldozer to mutilate his body.

In a heinous crime, the Israeli army murdered a Palestinian young man and wounded another in Gaza before sending a bulldozer to ram the body of the martyr and hold it.

Witnesses and video footage confirm that the Israeli army opened fire at the two young Palestinians in southern Gaza on Sunday, executing one of them and wounding the other.

Locals and medical teams tried to reach the young men before the Israeli army does. The army, however, sent a bulldozer that rammed and mutilated the body of the martyr Muhammad Na’em before confiscating it.

The video shows the Israeli bulldozer ramming the body of Na’em then hanging it on the bulldozer’s shovel in a barbaric act that stirred wide public outrage.

The Israelis claimed that both young men had explosive devices but the video clearly shows two defenseless young men, who were within Gaza borders. It also shows Israeli vehicles intruding into the strip while other soldiers waiting outside the border.

Naturally, you cannot trust the palestinian propaganda sites. As usual, they could not even stick to the one story.

For instance, this site reported that we used a bulldozer “to extract the body and confiscate it,” not to mutilate it as Quds News Network claimed. And this Facebook page falsely claims we killed two men, not one.

Also predictable: the palestinian/anti-Israeli propaganda have glorified the dead man, comparing him to Jesus. 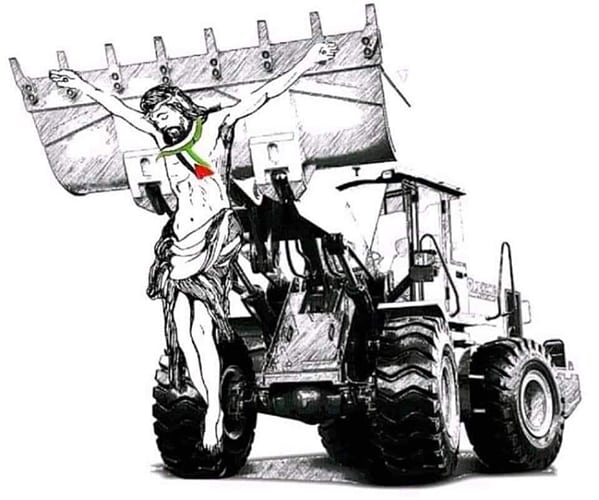 But here’s what you need to know about Muhammad Na’em: This isn’t the first time that he has been pictured with heavy machinery.

In fact, in the wake of his death, his employer released some photos of him holding some: 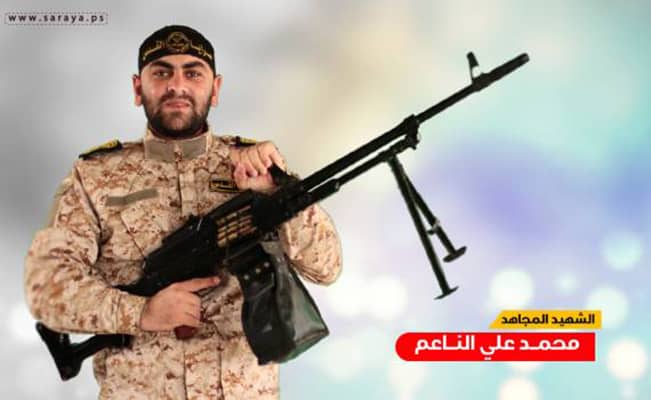 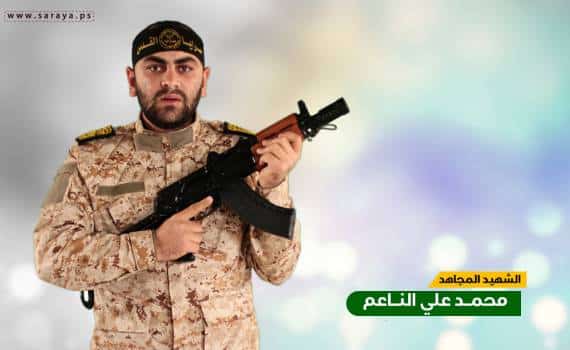 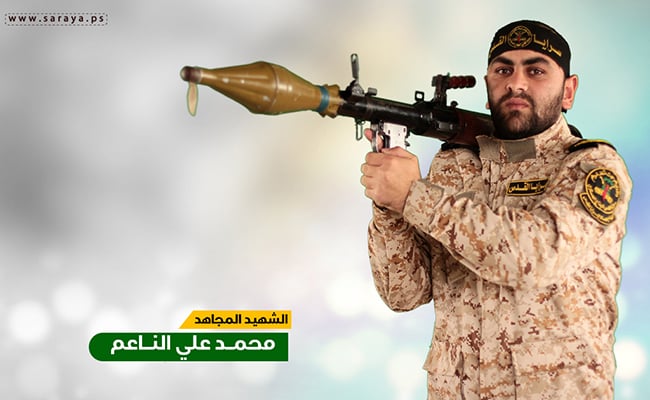 Clearly, he was not at the border fence picking tulips. And there was a very valid reason for the bulldozer to be employed in removing him.

An Israeli military spokesman said the two militants had been on Israeli soil, despite the fact that they were on the Gaza side of the Israeli security barrier. The barrier itself lies slightly inside Palestinian territory. The militants were making at least their third attempt to plant explosives at the fence, the military said.

Soldiers had to be sure the dead man had not been wearing a suicide vest or carrying other explosives, the spokesman said, so Israel sent in heavy machinery to collect the man’s body.

In other words, Na’em was not the messiah. Nor was he merely a very naughty boy. He was an evil terrorist.