Today’s Media Bias Right Out of the Oven

Reuters reports on a tragic bakery fire in Gaza: 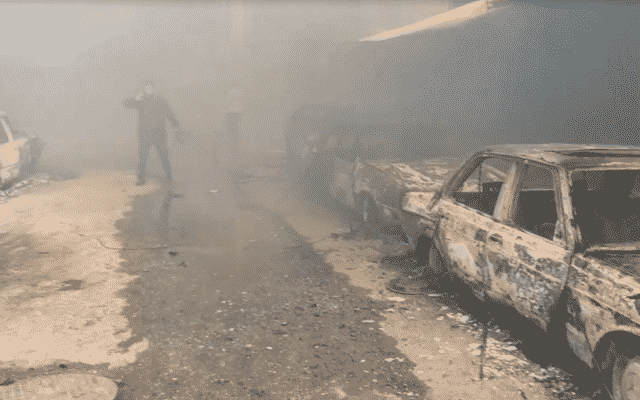 At least 10 people, including six children, were killed on Thursday when a bakery fire swept through a crowded market in a refugee camp in the Gaza Strip, health officials said.

Some 60 others were injured in the fire, of whom 14 were in critical condition, according to the Palestinian health ministry.

Witnesses said they heard an explosion come from a bakery in the Nusseirat camp in central Gaza before a blaze engulfed the bakery and quickly spread to nearby stores, factories and cars parked along the street.

Gaza’s interior ministry, which is run by the enclave’s Islamist rulers Hamas, said the fire resulted from a gas leak inside one of the bakeries that caused several cooking gas bottles to explode.

Crowds of civilians rushed to help firefighters put out the flames. Smoke rising over the refugee camp could be seen from miles away.

“People started to run towards the sound but then a huge fire broke out…it was horrifying,” said Ishaq Kuhail, 24, who owns a nearby cellphone shop. “I have never seen anything like it.”

The fire was eventually put out after over three hours of efforts by firefighters and civilians, said Mohammad Mahmoud, 38.

Gaza authorities said they would offer cash assistance to the injured and families of the dead.

Gaza, a Palestinian enclave that covers 140 square miles (365 square km) along the Mediterranean Sea, is home to some two million people. Israel maintains a blockade of the Strip, citing security concerns from Hamas, with which it has fought several wars.

Note the part in bold at the end. It is entirely irrelevant to the report and, if just there for information purposes, beggars the question: what about the Egyptian blockade of Gaza?

A paragraph more relevant to the story at hand would be something like this:

In the past, there have been many mysterious explosions in Gaza, usually the result of  terrorist group “work accidents.”

By the way, shame on the Jerusalem Post for parroting the Reuters report.