Sanders Campaign Denounces Imam Al-Hassan Qazwini’s Past Statements But What About Those of All His Other Antisemites?

The Bernie Sanders campaign is in damage control as some of the past antisemitic and bigoted statements of Imam Qazwin, who spoke at his recent Dearborn rally, came to light. 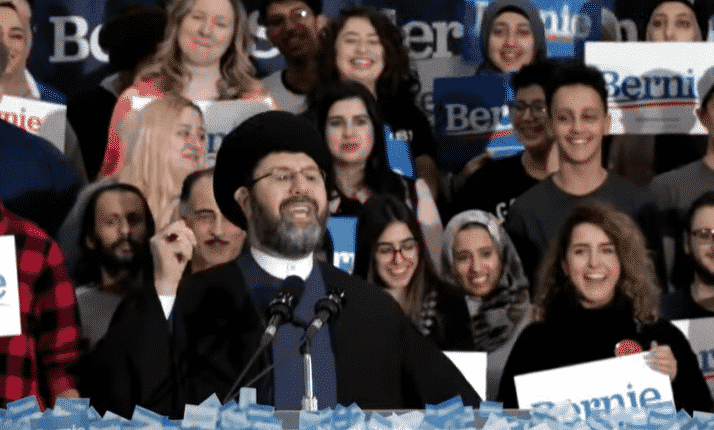 “The campaign has been made aware of offensive and toxic past statements by Imam Qazwini,” campaign manager Faiz Shakir said in a statement Tuesday, after a number of media outlets reported on the past statements of the founder of the Islamic Institute of America.

“These statements are dangerous, hateful, and violate the principles of our movement, which is based on values of equality and dignity for all people,” Shakir said. “Senator Sanders stands with those in Israel, Palestine, and across the region who work for peace, and unequivocally rejects antisemitic conspiracy theories that seek to blame Israel for all the region’s problems, and well as any bigoted statements against any group.”

I am proud of my role in helping shine a torch on Qazwin’s previous statements.

But what about Amer Zahr who also spoke there and is a Bernie surrogate? He also compared Israel to ISIS (among other things)

Sure, he was asked to delete the tweet, but was never officially condemned. And given this occurred before the Dearborn rally, how can the Sanders campaign possibly justify allowing him (or even inviting him) to speak?

And the list of antisemites and terror supporters behind Bernie goes on and on. Perhaps this is a reason why Joe Biden is now handing Bernie’s ass back to him on a platter.