Not such a One Happy Family after all: 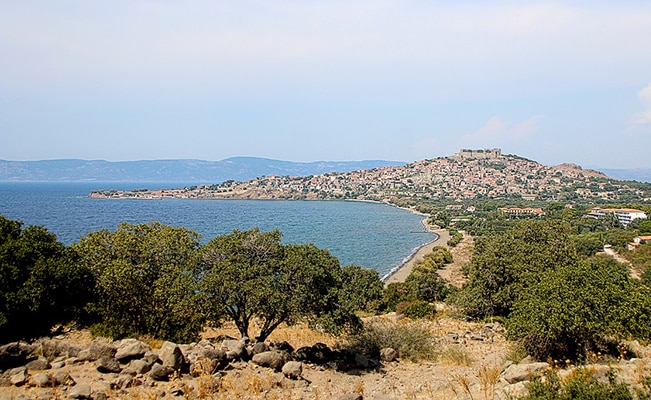 The Greek authorities arrested three Palestinians for setting ablaze a refugee camp on the island of Lesbos earlier this month.

The Greek news outlet Sto Nisis (On the Island) reported on Saturday about the arrests in connection with the arson attack. According to the report, one of the Palestinians — a 59-year-old man – has a Greek passport and lives in Mytilene, the capital of Lesbos. The two other Palestinians live in Athens and travelled to Mytilene.

The news outlet said a fourth suspect was involved in the arson attack. According to the On the Island report, the local police arrested the Palestinians after viewing CCTV video footage from nearby businesses.

The three Palestinians allegedly torched the Swiss-run One Happy Family community center on Lesbos. The fire did not cause injuries to the 1,500 refugees and migrants who live at the camp.

Dr. Nikos Michailidis,  Professor of Anthropology University of Missouri, St.Louis, and a political and Turkey analyst, told The Jerusalem Post on Saturday: “Greece is a country that has always been protecting vulnerable people. This incident provoked criticism by some international media, but in light of the recent arrests of the three Palestinian arsonists, the criticism was unjustified and presumptive, to say the least.”

He added that “I would place this event in the broader context of what has recently been going on at the Greek-Turkish border, where the Erdogan regime has tried to send thousands of immigrants illegally to Greece in order to destabilize the country. It is also well-known that the Erdogan regime has developed close ties with Palestinian organizations around the world.”

I guess all that practice lighting fires came in real handy.

The report does not specify why the palestinians decided to torch the camp. I am guessing we will hear these reasons in the coming days: