Today, Lily Wakefield from PinkNews reported that Israeli health minister Yaakov Litzman, who had claimed coronavirus was divine punishment for homosexuality, had tested positive for COVID-19.

Except Litzman never said such a thing. The article was later amended to claim he thinks “all LGBT+ people are sinners” – which loses a bit of the “karma’s a bitch” tone. This paragraph was also added to the end of the article:

An earlier version of this article referenced two inaccurate reports regarding Yaakov Litzman blaming the coronavirus pandemic on homosexuality. This has since been corrected.

But as you can see, the report’s URL was not changed, and it still suggests Litzman connected coronavirus to punishment for homosexuality. 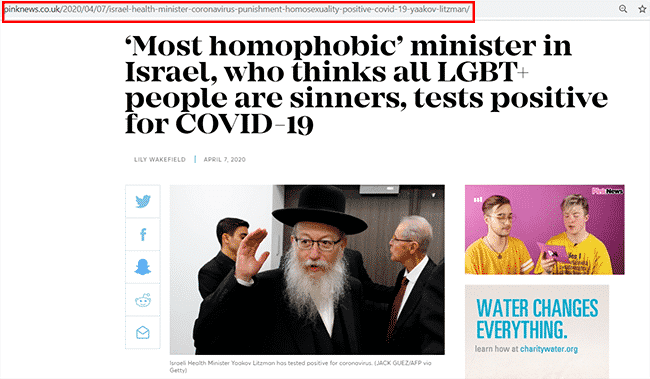 And MSN news somehow still has the original article in all of its glory. 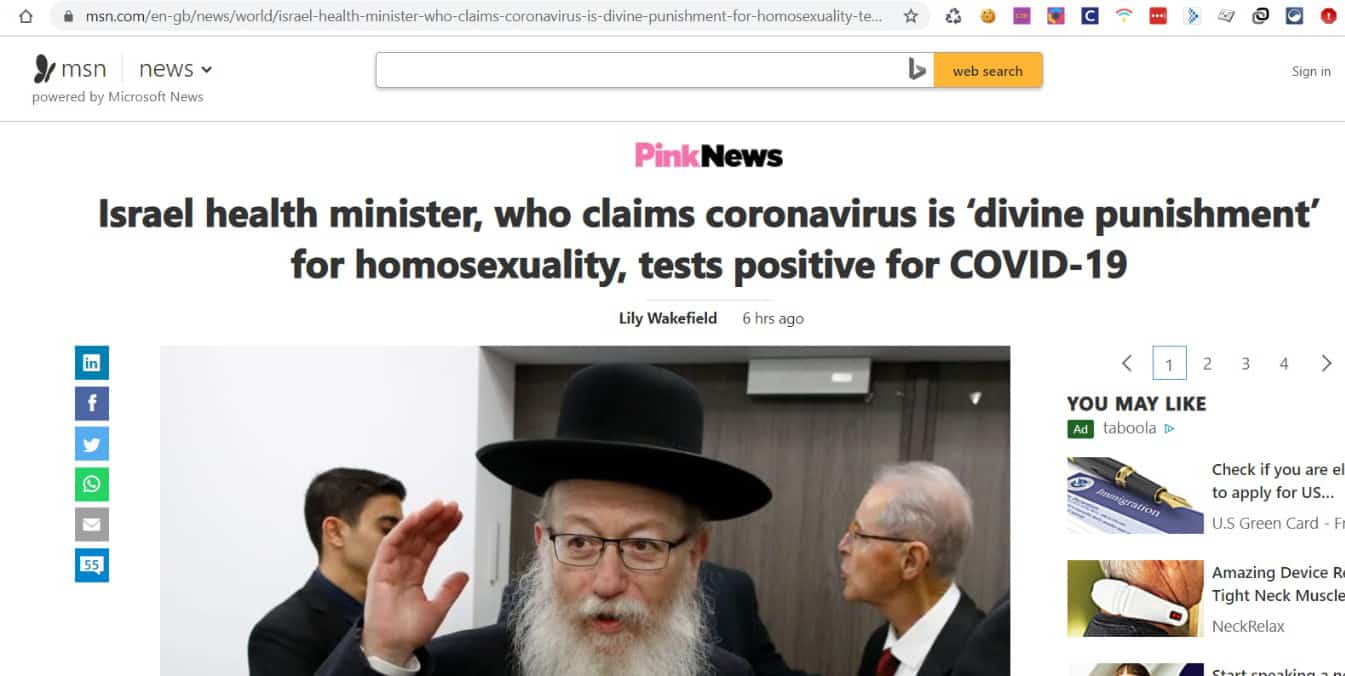 There have been reports of extreme and homophobic statements from some hardline religious leaders of different faiths concerning coronavirus.

Rabbi Litzman, however, is not among them. What’s more, had Israel’s health minister made such a statement, it would have caused an uproar within Israel, an overwhelmingly liberal and gay-friendly society. A story of this nature would certainly have made headlines in the Israeli press, including the many professional English-language news sites that are easily accessed by journalists the world over.

So where did this story come from? A Pakistan-based website and a progressive secular humanist site that got it from… the Pakistani site.

This is an unfortunate demonstration of how easy it is for fake news to spread from illegitimate sources.

To its credit, Pink News responded to our email immediately, acknowledging that an error had been made.

I would be less charitable. Wakefield jumped on a false story to practically gloat about Litzman’s illness. An apology is in order.

Update: But of course. 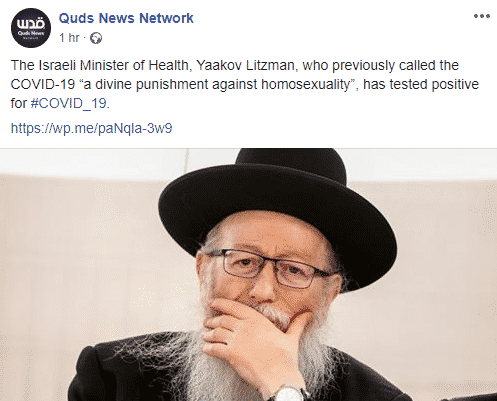