Following news that congresswoman Ilhan Omar had signed on to an AIPAC-backed letter bolstering the Trump administration’s efforts to extend the UN arms embargo on Iran, the haters are predictably seething. Besides Ali “Abumination” Abunimah, hundreds of haters are ranting against their former pinup girl. Here’s just a sample: 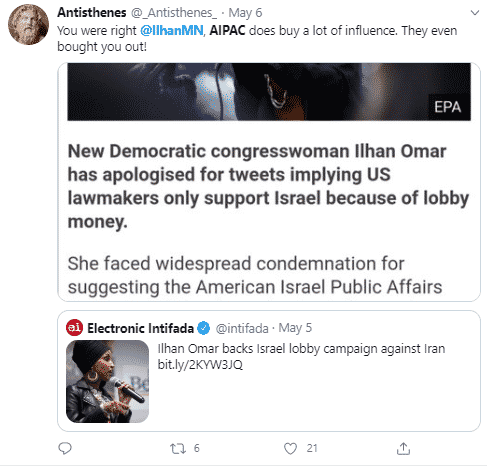 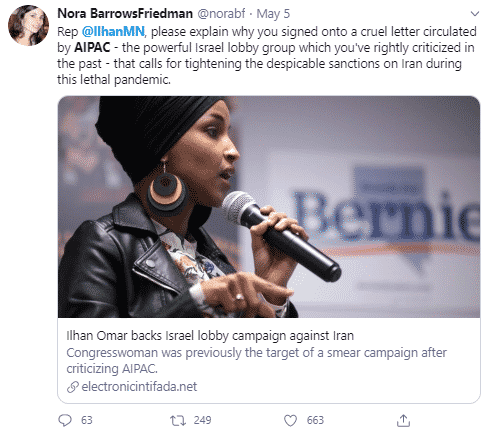 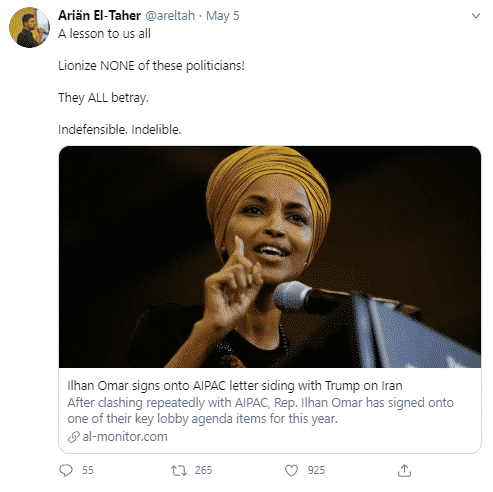 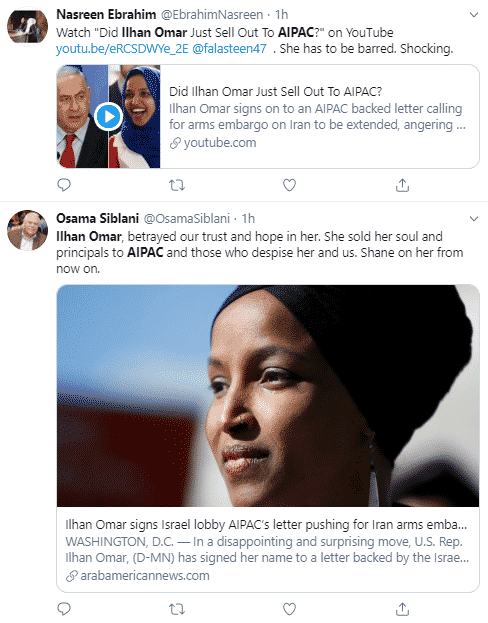 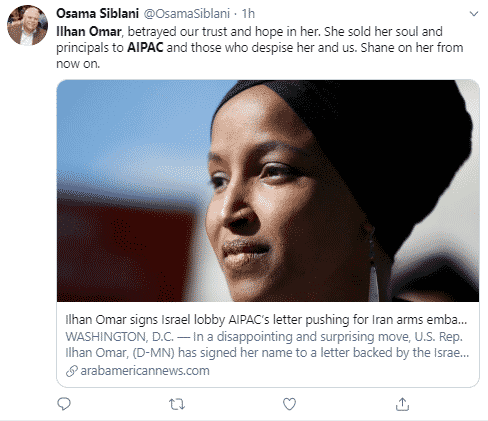 But my favorite reaction is from antisemitic terror tubby Abbas Hamideh, who lost his sh*t on Twitter (which he can afford to do, considering he is so full of it) 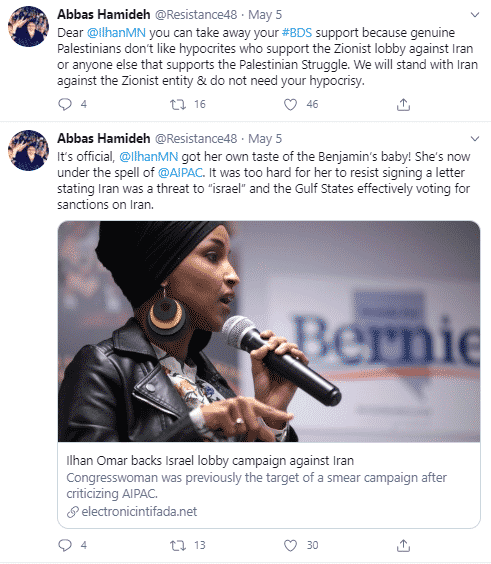 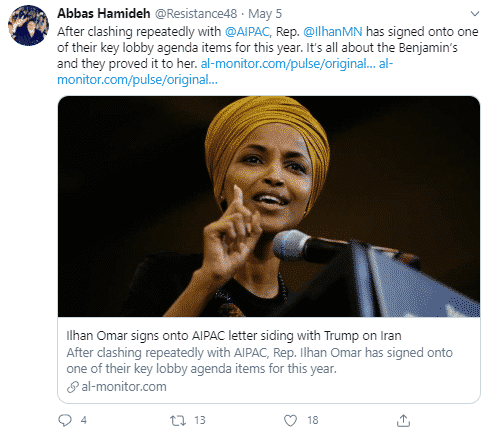 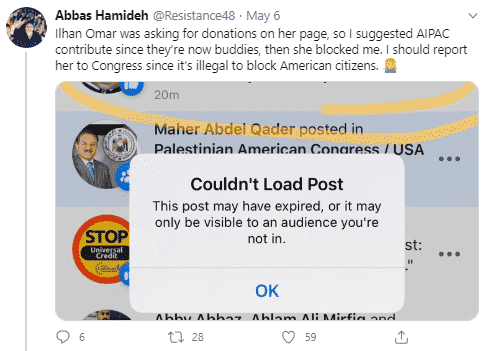 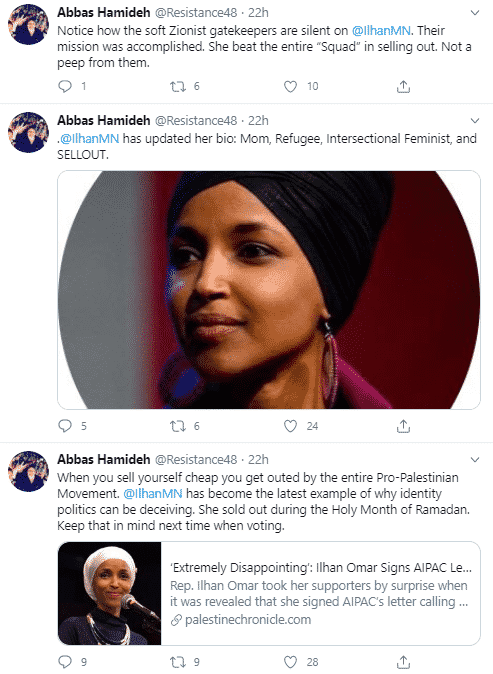 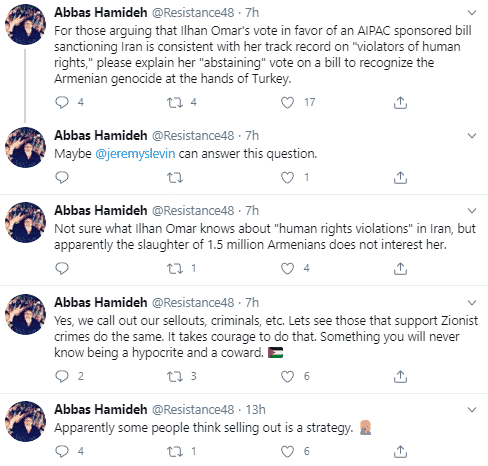 At least Rashida’s still on board. 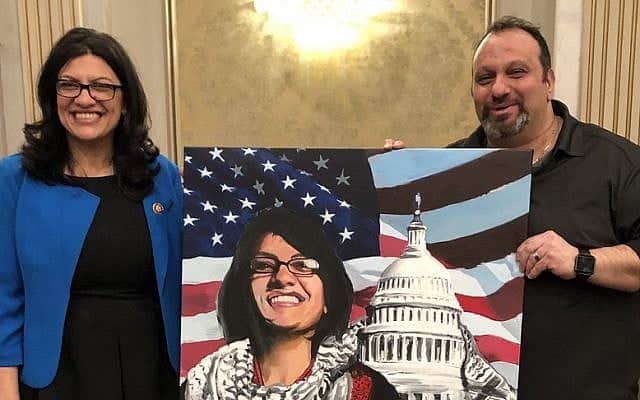 Poor Abbas. He’s not the sharpest tool in the shed, but probably the roundest

Hamas better hope for their sakes that their fanboy Abbas never joins them as a navigator.

They’ll be going around in circles.