Antisemite Ariyana Love continues to lose sleep over the fact I have disseminated her antisemitic and genocidal comments to hundreds of thousands of people (if not more). She has posted yet again more libels about me and my late wife, and continues to encourage ‘anonymous’ hacktivists to bombard my former place of employment with hate mail about me 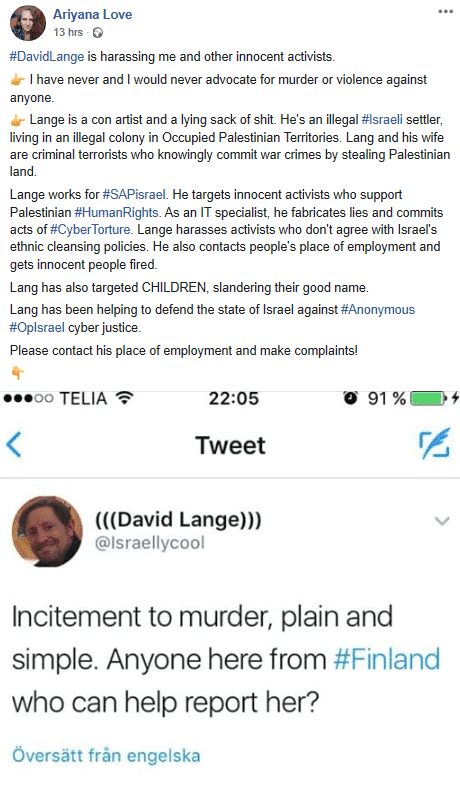 I must really have gotten into her head (and let’s face it – there is plenty of room there, even accounting for social distancing), because she even posted a 13+ minute video rant about me.

Let’s address the lies (making a note of all of this for when I sue her):

Note the ‘Dan Frank’ she mentions on a few occasions (including his blatant antisemitic comment). He is another antisemite I have exposed before. And the musician she mentions? I believe it may be fellow antisemite and terror-supporter Harry Reed, who I noticed commenting on some of Love’s rants. In fact there a bunch of them who support her – you know what they say about turds of a feather.

Love has certainly picked the wrong guy to spread lies about. I intend to sue her, and welcome any of my readers with a background in defamation law to contact me.