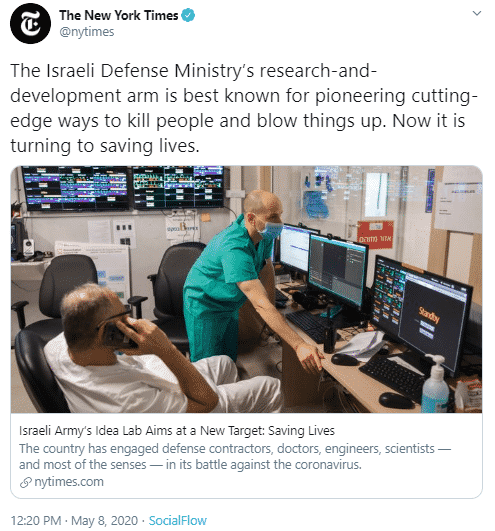 The Israeli Defense Ministry’s research-and-development arm is best known for pioneering cutting-edge ways to kill people and blow things up, with stealth tanks and sniper drones among its more lethal recent projects.

But its latest mission is lifesaving. Since March, it has been spearheading a sprawling, high-speed effort to unleash some of the country’s most advanced technologies against an enemy of another kind: Covid-19.

Then again, he usually can’t.

It is one thing to not reflect the reality of the situation: the lengths we are going to in order to save lives for all of mankind.

It is another to go out of your way to paint us as killers.

I give David the finger.