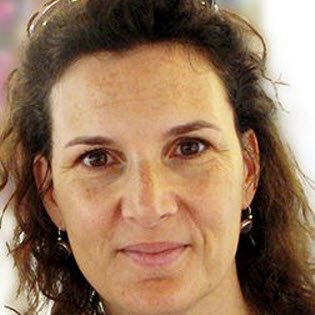 “If you think about the state that Israel is in right now, what is or looks like right now: an extremely right wing and extremely militaristic and extremely defensive frame and increasingly isolated from the world and responsible for human rights violations every day. It’s not on a good trajectory. So my perspective with BDS is we can actually save this wrong, we can save the people of Israel by creating a place that’s safe and it offers dignity and freedom.”

It turns out by “we” she meant everyone else: she is a walking BDS-fail and her fellow haters ain’t happy about it.

The news that Rebecca Vilkomerson, Jewish Voice for Peace (JVP) executive director* and founder, is living with a husband who works for Check Point, an Israeli cybersecurity company that makes monitoring software and should at least be as high as HP on anyone’s boycott list, has hit me hard, coming as it did on the eve of the grand announcement of the plan Trump hatched and is implementing with Israel’s far-right government. Trump’s plan aims to formalize Israel’s apartheid rule over the Palestinian people.

I was deeply shocked by the news regarding JVP’s executive director and founder, because, despite everything, I trusted Rebecca and JVP to do the right thing. To me, the matter is one of personal integrity. I am not saying she had to divorce her husband. I am saying she had a responsibility, both ethical and professional, to air out the political differences between herself and her husband, if they existed, publicly in a principled manner. But maybe that would have been impossible, given the ambiguous nature historically of JVP’s support for Palestine. Or maybe there was no political tension in the marriage, only hypocrisy.

Rebecca, you have stated publicly that, “The state of Israel is not the same as the Jewish people”, and avowed your and JVP’s anti-Zionism. Why, then, is your husband working in an Israeli company that profits from the incubator provided by the Israeli state’s repression of Palestinians? It’s because so many of JVP’s supporters stand behind Israel as a Jewish state.

When I say I trusted JVP “despite everything”, I am referring to the agonizingly long wait we Palestinians have had to endure before JVP officially rejected Zionism, condemned Israel’s Zionist settler-colonial regime and embraced BDS. It is Zionist Jews who have created Zionism and Israel for their purposes (the non-Jewish world has simply adapted to their initiatives), and it has always been my hope and belief that non-Zionist American Jews are best positioned to help get Palestinians out of the nightmare into which Zionism has plunged us since the creation of the Jewish State in 1948.

So can we talk, please Rebecca?

Either way, here’s hoping they all turn on each other.