Living Parody Richard Silverstein Falls for Yet Another Online Parody

You’d think DouchebloggerTM Richard Silverstein, who has fallen for spoof and fake stories, photos and accounts time and time again (despite claiming to be a journalist and great fact-checker), would have learned his lesson by now. 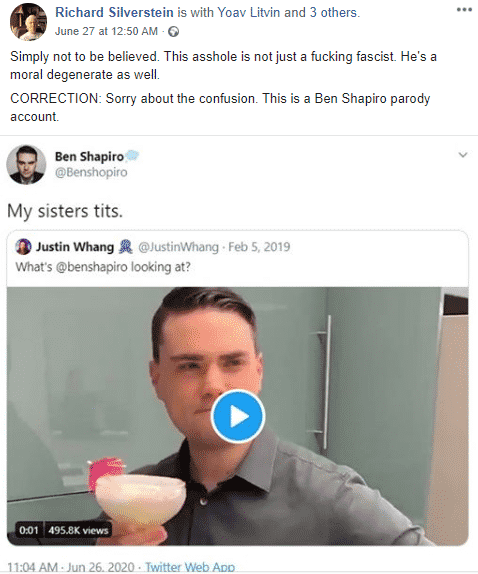 Talk about making a tit of yourself.

Meanwhile, our intrepid reporter is on the case!