From the Africa 4 Palestine (the fartists formerly known as BDS South Africa) website:

In 2005, with Israel’s occupation, colonization, discrimination, human rights a buses, violations of International Law and illegal Israeli settlement activity increasing, Palestinians (inspired by the successful boycott and isolation of Apartheid South Africa) called on the international community to support a non-violent campaign of boycott, divestment and sanctions (BDS) against Israel until Israel complies with international law and respects human rights.

The Palestinian led international BDS campaign is a practical, non-violent, goal-orientated and strategic campaign to hold the State of Israel accountable to international law and human rights.

The head of Africa 4 Palestine is Muhammed Desai. And he thinks we are all idiots. 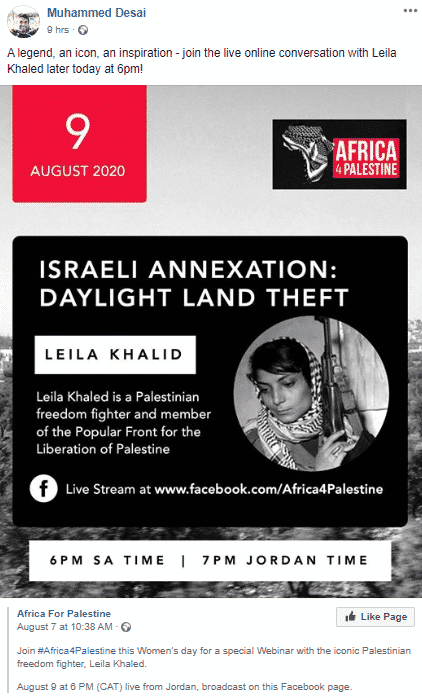 This is not the first time Desai has shown he is not about non-violence. He loves his women with big guns, and has admitted to collaborating with PFLP terrorists.