And it seems, from his Facebook page, that he really has a type.

He really seems to appreciate those with big….guns.

Like Therese Halasa, the terrorist who helped hijack a plane in 1972 wearing two and a half kilos of high explosives 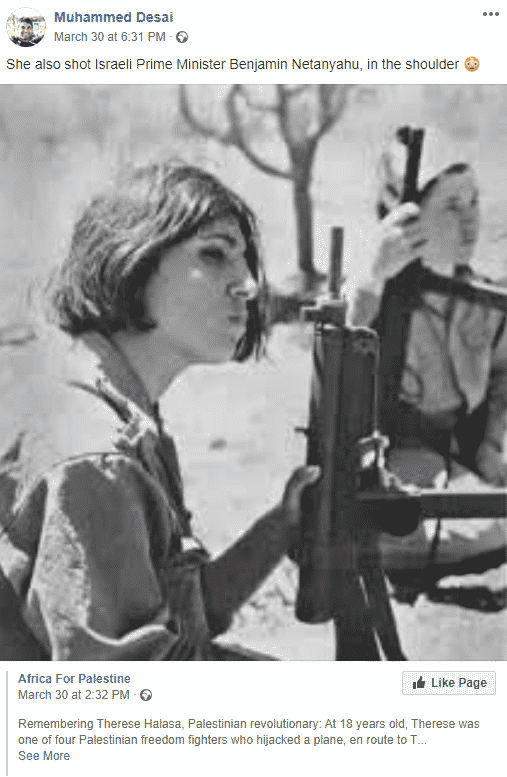 (by the way, she did not shoot Bibi in the shoulder. The shooting had finished and one of the Sayeret Matkal guys grabbed the captive terrorist and hit her with his gun in his hand. The weapon discharged and the round struck Netanyahu in the arm).

like Afro-Palestinian Fatima Bernawi, who tried to murder Israeli civilians when she planted a bomb at a cinema in Jerusalem in 1967 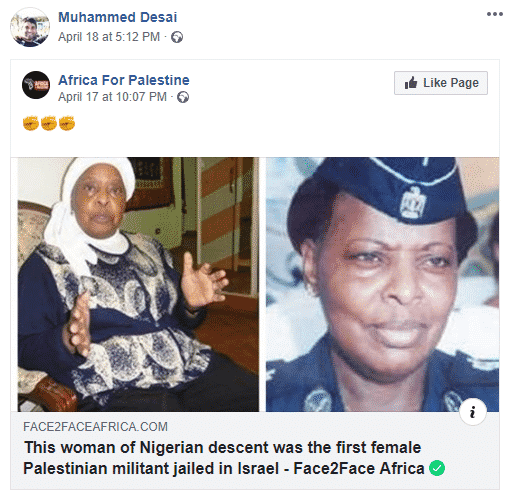 and like Leila Khaled, the first woman to hijack an airplane, and who was carrying two hand grenades at the time she was caught trying to perpetrate one of her hijackings 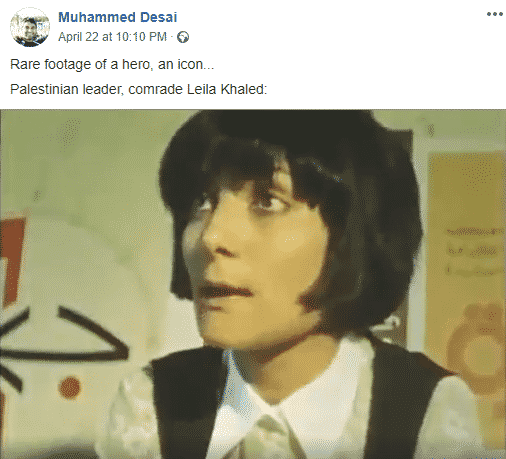 So much for BDS promoting “non-violent” resistance only.

Given Desai’s love of terrorists, one can imagine what kind of collaboration he was speaking about here (before deleting the post).