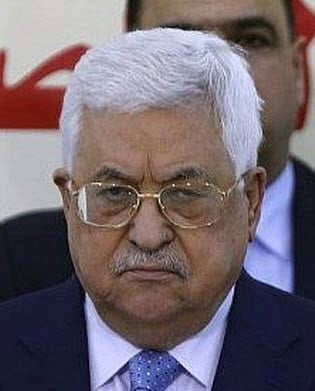 This is not being reported but a few days ago, Mahmoud Abbas threatened Gulf countries that are pro-normalization with Israel.

An Arabic-speaking friend of mine alerted me to the fact that Abbas threatened that the Arabs who are for the normalization “should remember that we have palestinians in all Arab countries” (or something along those lines).

This was tweeted by some palestinians, who then, for some reason, deleted it.

The following report seems to contain something close to it.

Abbas and his cohorts are part of an incitement campaign carried out by the Palestinian Authority against the Gulf states, since the UAE announced last August 13 a peace treaty with Israel..

Last Thursday, Abbas chaired a meeting of the general secretaries of all Palestinian factions at the presidential headquarters in Ramallah, and included the leaders of “Hamas” and “Islamic Jihad” who met simultaneously in Beirut.

The tweeters circulated on Twitter an excerpt from Abbas’s speech, which included a meme against the Gulf countries, in which he said: “13 million and all of them are educated and we have no illiteracy like others … We will live and get the state, God willing.”

It also incited the Palestinian communities residing in the Gulf to put pressure on the countries in which they reside.

And it has backfired spectacularly.

The Palestinian community in the UAE has expressed its shock and deep condemnation of the ongoing campaigns of abuse and incitement against the UAE.

In a statement by the founding body of the Emirati Palestinian Friendship Club, the community strongly condemned the disgraceful statements made by the representative of the Thunderbolt Organization during the meeting of the General Secretaries of the Palestinian factions.

She stressed that “such perverted positions, which are issued under the cover of a meeting of the Palestinian leadership, are aimed at the stability and interests of all Palestinian communities in the sisterly Arab Gulf states.”

The “Palestinian community” condemns the language of “treason” against the Emirates
Campaigns of offense and incitement are also targeted, according to the statement that Al-Ain Al-Akhbariya obtained a copy of, and the bonds of brotherhood between Palestinians and brotherly peoples in the Arab Gulf region.

The Palestinian community affirmed that it “has always been and will remain the exchange of brothers in the Emirates the highest feelings of respect and loyalty, and will not allow any person or party to compromise the community’s credibility and the deep historical ties that we share with our brothers in the dear United Arab Emirates.”

The community concluded the statement of the founding body of the Emirati-Palestinian Friendship Club by affirming that the UAE was, is, is and will remain a leadership and people that love Palestine and its just cause.

And she stressed that: “No one can incite or drag the members of the Palestinian community to offend this generous, generous state.

Which is perhaps why Abbas then did this:

The Palestinian Authority has reportedly scaled down its criticism of the Israel-United Arab Emirates normalization deal ahead of an Arab League meeting on the matter in Cairo.

The Reuters news agency reported Tuesday that a draft resolution presented by the PA ambassador ahead of Wednesday’s meeting “does not include a call to condemn, or act against, the Emirates over the US-brokered deal.”

Not that it helped; the Arab League today failed to pass the PA-proposed resolution which would have condemned the normalization deal between Israel and UAE.

President Mahmoud Abbas congratulated today, Wednesday, the President of the Democratic People’s Republic of Korea and the Supreme Commander of the Armed Forces, Kim Jong Un, on the occasion of his country’s celebration of the anniversary of the founding of the republic.

In the congratulatory telegram, the President valued North Korea’s stances in support of our people and their just cause in order to obtain their legitimate rights to freedom and independence, and sovereignty over the soil of the land of Palestine, with Jerusalem as its capital, according to (the official news agency).