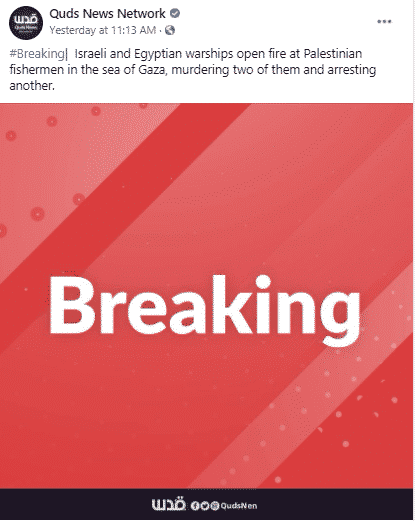 #Breaking| Israeli and Egyptian warships open fire at Palestinian fishermen in the sea of Gaza, murdering two of them and arresting another.

Except Israel was not at all involved, as even Hamas confirmed

The bodies of two Palestinian fishermen who Palestinian officials say were shot dead by Egyptian naval forces were returned to Gaza on Saturday, the territory’s ruling Islamist group Hamas said.

QNN later posted as much 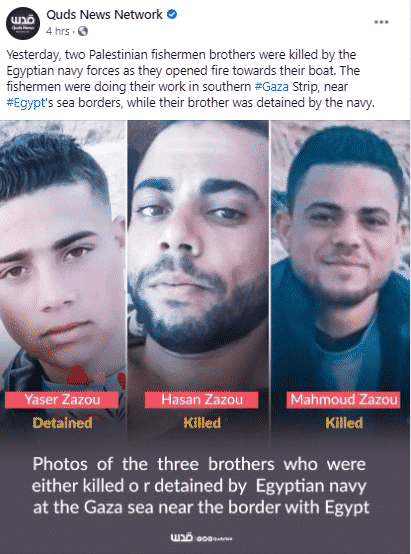 but did not correct or remove their original post blaming also Israel – a post shared over 470 times.

And that’s what the haters do – their interest is in demonizing Israel, not reporting the truth.