If there’s a word for this, it sure as hell isn’t apartheid.

By the way, judging by her LinkedIn profile, it looks like Salam is also the beneficiary of “apartheid” Israel 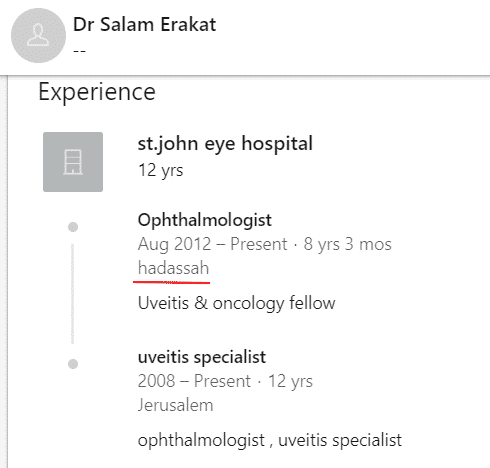 although it looks like she has tried to “bury it” under her job at another hospital in East Jerusalem, rather than appearing as a standalone job at Hadassah.