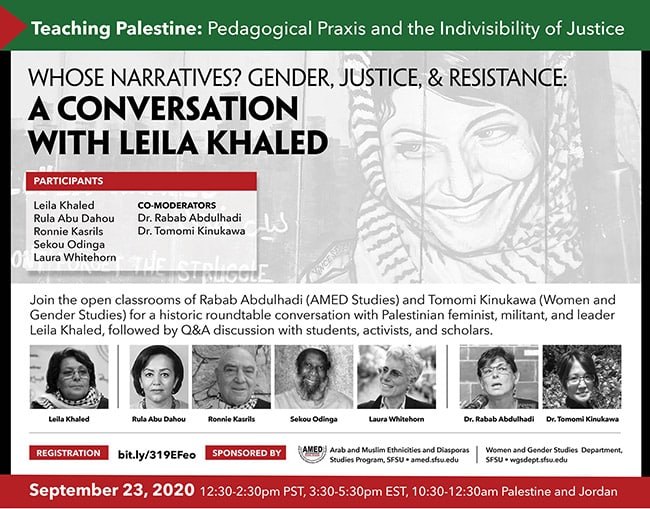 Remember how San Francisco State University agreed to host a Zoom discussion featuring notorious palestinian terrorist Leila Khaled? While the SFSU President defended the decision to host it, Zoom refused to have their platform used in this way, and it ended up on YouTube for a short while, before they too pulled the plug.

She ended up speaking on Zoom – a session uploaded to YouTube – for “the International League of Peoples’ Struggle.”

Then a few days ago, another Zoom session featuring Khaled was advertised on Facebook, this one being sponsored by the University of Hawaii’s chapter of Students for Justice in Palestine, the university’s ethnic-studies department, Hawaii Peace and Justice, and Cancel Rimpac Coalition. Once again, the university defended hosting a talk featuring this terrorist

UH spokesman Daniel Meisenzahl told the Journal, “The University of Hawaii is an institution where controversial viewpoints can be peacefully and openly considered and discussed. The sharing and debate of diverse and difficult ideas and opinions is fundamental to the mission of higher education in our society.”

and once again, Zoom said not on our platform

A spokesperson for Zoom told the Jewish Journal that the company won’t be allowing an upcoming University of Hawaii (UH) webinar featuring Popular Front for the Liberation of Palestine member Leila Khaled as a guest speaker to use its platform.

“Zoom is committed to supporting the open exchange of ideas and conversations, subject to certain limitations contained in our publicly available Terms of Service, Acceptable Use Policy and Community Standards,” said the spokesperson. “We determined that this event is in violation of one or more of these policies and have let the host[s] know that they may not use Zoom for this particular event.”

So why did the haters choose Zoom as their platform, already knowing what happened the last time such a high-profile university event was organized? 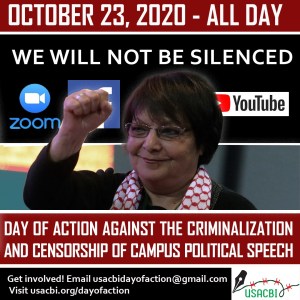 “We Will Not Be Silenced: The Case of Khaled and Solidarity from Hawai’i to Palestine” is part of the Friday Oct. 23 USACBI Day of Action to protest the lockstep censorship by Facebook, Zoom, YouTube, and SFSU of an Open Classroom featuring Leila Khaled.

This webinar explores—and refuses!— the use of the label “terrorism” to censor political speech and criminalize resistance.

CONTEXT for the Day of Action: On September 23rd, corporate tech giants Zoom, Facebook, Instagram, and YouTube acted in lockstep with San Francisco State University (SFSU) to shut down an open classroom webinar entitled “Whose Narratives? Gender, Justice, & Resistance: A Conversation with Leila Khaled,” co-sponsored by the Arab and Muslim Ethnicities and Diasporas Studies Program and the Department of Women and Gender Studies at San Francisco State University.

This is a hitherto unprecedented act of Big Tech compliance with public-private silencing of speech: academic speech, Palestinian speech, and political and social justice speech. It is emblematic of the corporate takeover of our universities and the influence of Zionist and right-wing organizations and individuals, along with the power of information capital, to set the agenda for what can and cannot be said or taught in a public university.

Webinars such as the one at UH will be held throughout the day on Zoom itself, if possible with livestreaming on YouTube or Facebook, along with announcements on Facebook and Instagram, so as to challenge these corporations and force our universities to stand in support of students and faculty, our right to academic freedom, and struggles for justice and liberation, from the US to Palestine.

so they see this as a win-win: if Zoom and others don’t refuse, Khaled gets to spread her vile views. If they do refuse, these haters succeed in generating more publicity not just for Khaled but also their “being silenced” by big tech.

I suspect this game of whack-of-mole will continue for a long time. 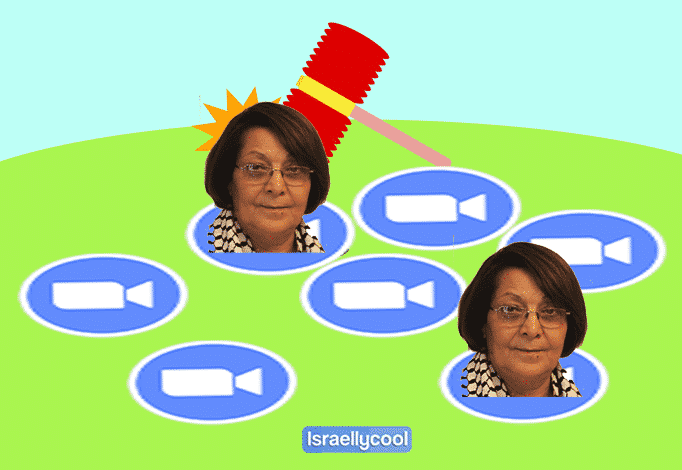