Like robots, a number of Israel-haters have been posting this photo and copy-and-paste claim on social media in order to show how we execute palestinian paramedics in cold blood: 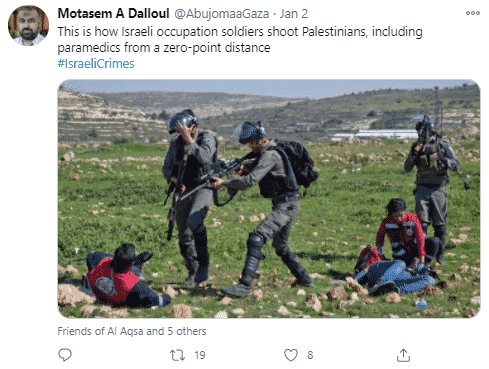 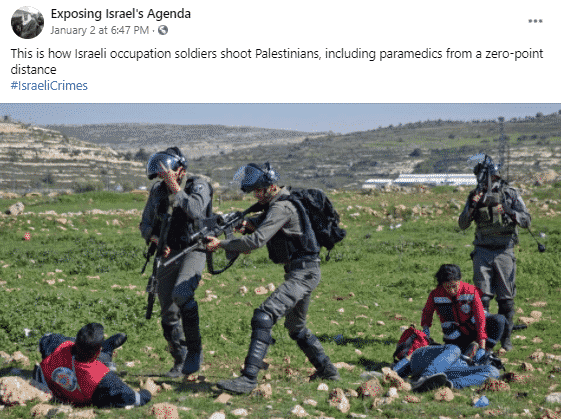 Naturally, it is a lie.

Here’s the context of the photo, which is NOT that of a close-range execution as alleged. 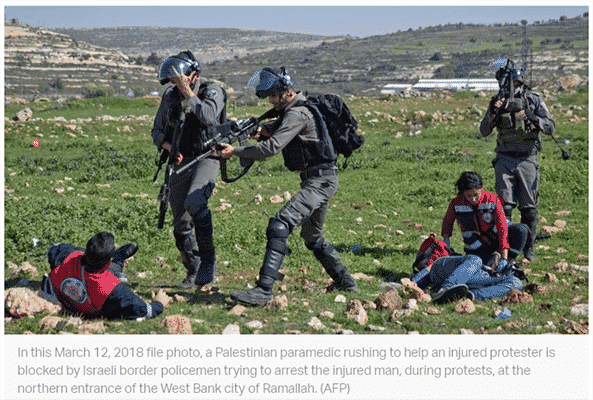 Palestinian paramedics have been injured and killed, but not in cold blood. It is due to their proximity to rioters and terrorists or even – in some cases – due to them actually being terrorists.

An example of the first situation was Razan Najjar.

While the haters allege we executed her in cold blood, even a senior story producer with the New York Times found she was not killed intentionally, but rather by a bullet that ricocheted and fragmented from the ground near her (which he characterized as a reckless shot).

An example of the second situation was Hamas terrorist Musa Abuhassanin aka Musa Jabr Abu Hasanin, who moonlit as a paramedic

I am not denying mistakes are made by the IDF, but our soldiers simply don’t go around executing innocent people. Which is exactly the reason these propagandists deliberately twisted the context of a photo in order to buttress their claims.