The Palestinian House Demolitions You Did Not Hear About

Many palestinian homes have been demolished and bulldozed, but you likely haven’t heard about it because the mainstream media and so-called human rights organizations have been silent.

I think you can guess why. 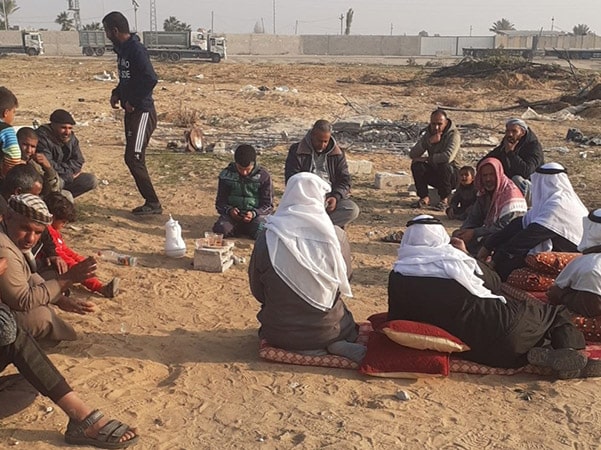 Mohammed Abu Shteiwi was woken up on the morning of Jan. 3 by the roar of the bulldozers of the Hamas police force near the city of Rafah in the southern Gaza Strip. The dredging operations are one of the largest that included demolitions and bulldozing of Palestinian homes and farms on an area of ​​55 dunums (13.6 acres) east of Rafah.

The Abu Shteiwi family is one of 23 families that have lived in and cultivated this area of ​​land for decades. They were surprised by these bulldozers coming to put an end to their presence in the area, claiming the lands are government-owned. On Dec. 15, the Palestinian Land Authority affiliated with Hamas in the Gaza Strip issued a decision to expropriate these lands with the aim to expand the Rafah land crossing between the Gaza Strip and Egypt for commercial purposes.

The residents of these lands — men, women, children and the elderly — confronted the Hamas security forces as they started destroying their homes and uprooting their trees. Residents hurled stones at them and their bulldozers. Local sources told Al-Monitor that Hamas’ security forces arrested nine citizens and assaulted dozens of others.

Abu Shteiwi told Al-Monitor, “We have been living on this land and cultivating it for more than 40 years — that is, before Hamas took control of the Gaza Strip in 2007, and even before the founding of Hamas in 1987.”

He added, “We were surprised by what happened. The bulldozers arrived, escorted by dozens of Hamas security forces who asked us to evacuate our homes and leave our farms where we live. They told us that they needed them to expand the Rafah crossing. They turned a deaf ear to our pleas to stop the demolitions. The families who live on these lands have no other shelter.”

Maher Abu Sabha, head of the Palestinian Land Authority in the Gaza Strip, told Al-Monitor, “These lands are government-owned and their residents do not hold title deeds proving their ownership. We allowed them to live on these lands and cultivate them but this does not mean they have acquired them. These lands are being expropriated for a public benefit, which is the expansion of the Rafah land crossing.”

Don’t believe me? These are the news results of Googling “palestinian homes bulldozed” 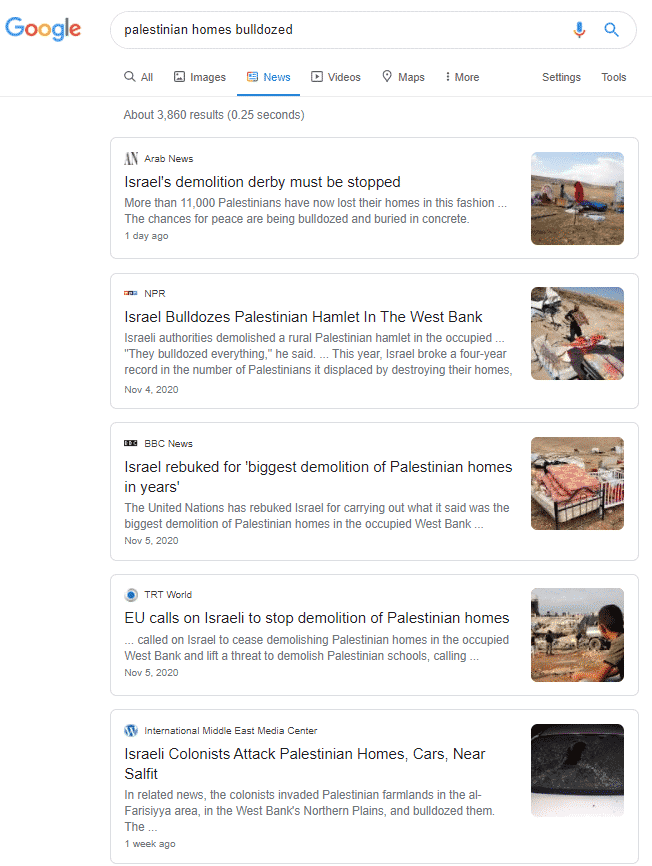 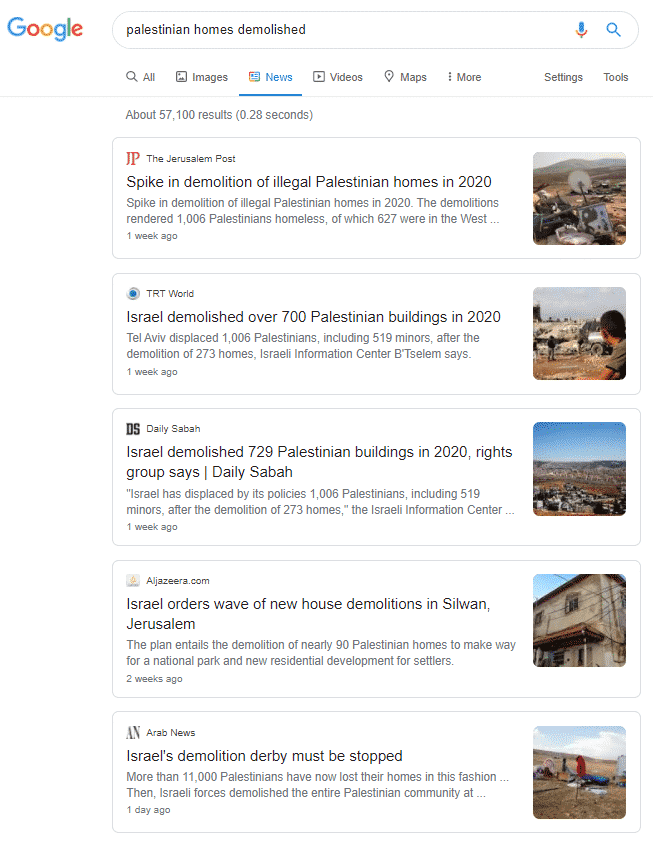 When Israel was condemned for destroying homes a few months ago, they were tents (not houses), and it was because they had been “built illegally in a firing zone”, or military training area.

But no Jews, no news.