The infamous “Zionism is racism” resolution 3379, adopted by the UN General Assembly Resolution on 10 November 1975, is one of the blackest stains on a body full of black stains.

But how did it come to pass? The New York Times published a piece two days later, which sheds some light on why and how it happened. It is a must-read. 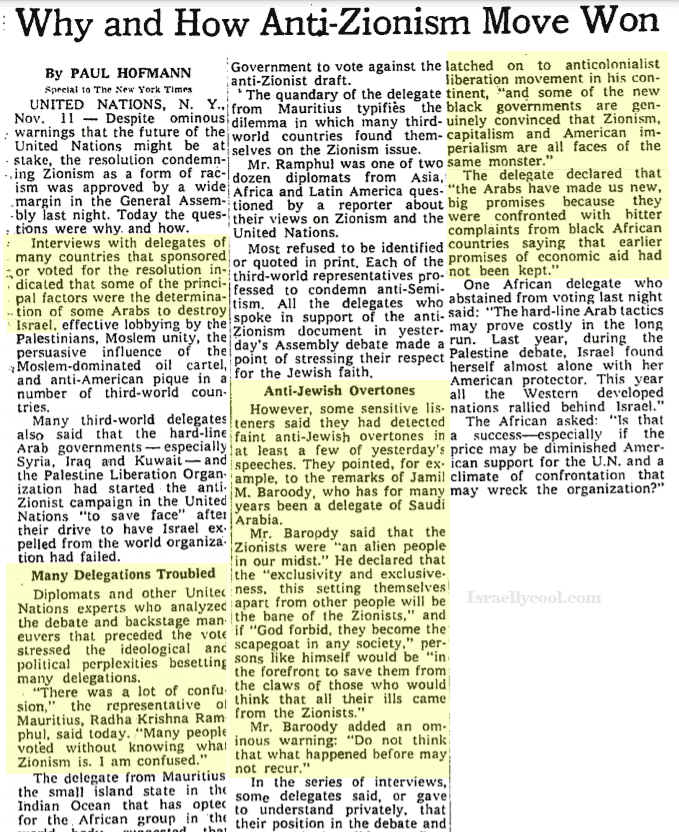 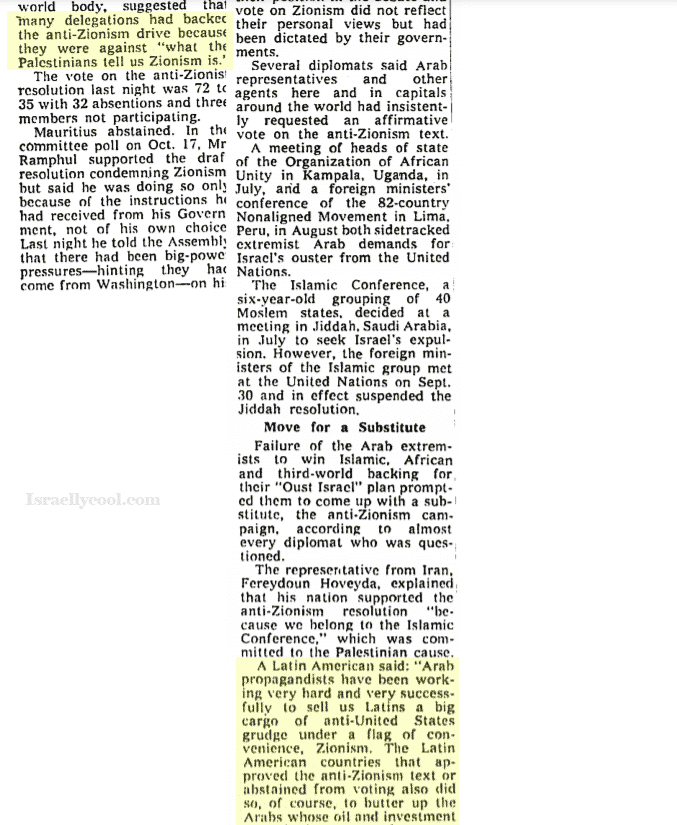 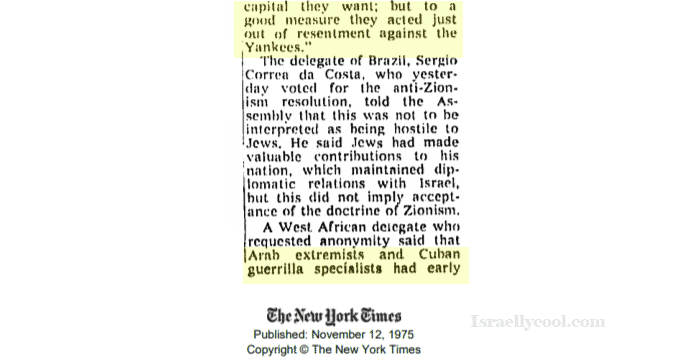