I have already in the past posted how Jews in then Palestine were looking out for their Arab neighbors – something completely hidden by the narrative being spread by the haters and even the mainstream media.

Some examples I have given are:

Here is another example, taken from the New York Times November 23, 1930: 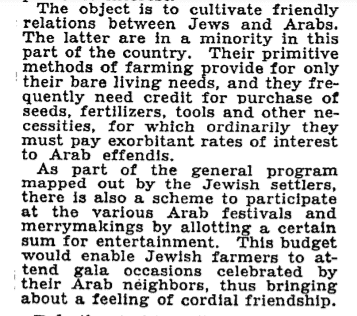