Israel-haters IfNotNow have responded to a tweet from new US Secretary of State Antony Blinken stating US opposition to the recent outrageous ICC decision to investigate Israel for war crimes – with a meme. 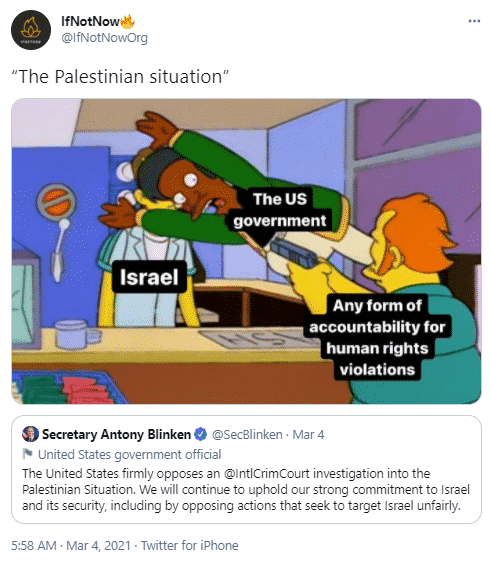 Allow me to respond with a meme of my own. 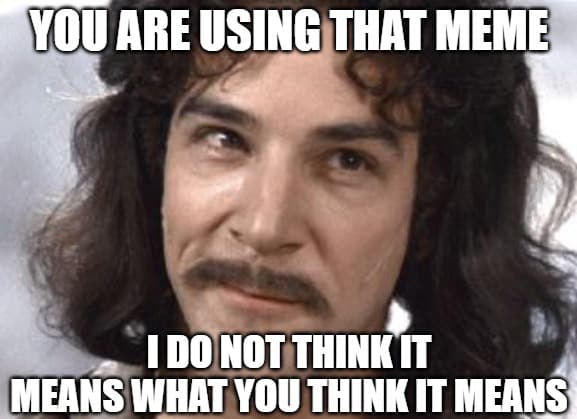 In the IfNotNow meme, the character representing “any form of accountability for human rights violations” is trying to shoot dead Israel, represented as an innocent civilian. The US government is lunging to stop the murder.

Whether the shooter is supposed to be the ICC, so-called “human rights” organization, or even the palestinian Arabs, this is actually accurate – and definitely not the message IfNotNow intended to convey.

You’d think with all that cartoon watching, they would not have made such a gaffe.

Just the latest in a long list of examples of IfNotNow, when is a good time to make asses of ourselves?