Three palestinian Arab fishermen have been killed in an explosion of unknown cause off the coast of Gaza, and the haters have been quick to point the finger at Israel.

For instance, the Palestinian Information Center called it a “projectile attack” on the boat, implying the boat was deliberately attacked by you-know-who. 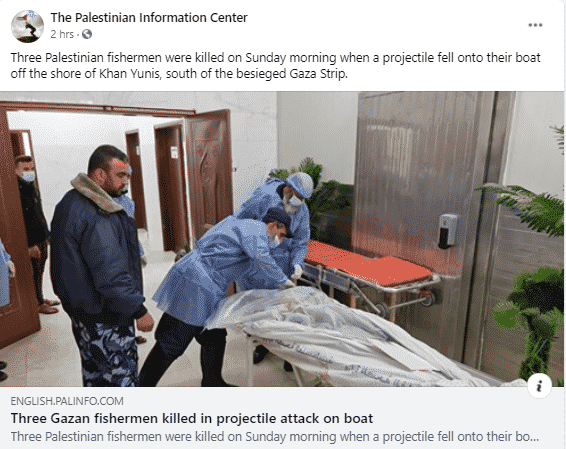 Others were even less subtle at pointing the finger at us. 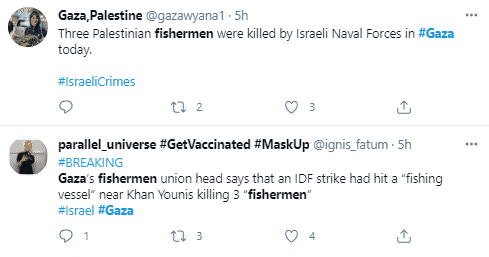 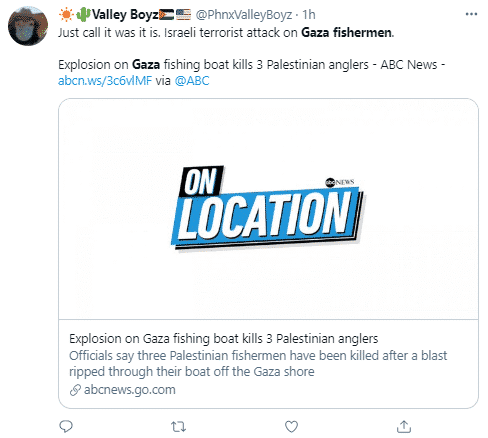 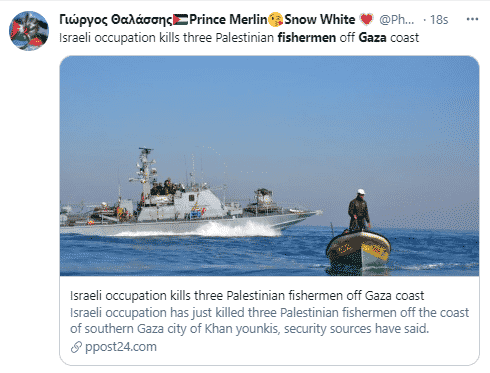 Yet is almost certain this was a Hamas rocket.

For a start, Israel has never fired rockets at Gazan boats. True, we have occasionally fired upon craft that violate the sea borders demarcated around the Gaza Strip, but not rockets.

Then there’s the fact even Hamas have not accused us.

In a statement, the Hamas Interior Ministry said it was “investigating the incident.” Hamas otherwise remained silent on the matter; the terror group did not officially blame Israel for the explosion.

If it was us, you’d bet Hamas would be quick to place the blame squarely on our shoulders.

Local social media users have also alleged that it was a Hamas rocket, which accidentally struck the fishermen while it was test-launching rockets towards the Mediterranean.

For their part, the IDF have denied it was us, saying in a statement that there had been “no Israeli fire” toward Gaza on Sunday morning.

In other words, this seems to be yet another example of the haters firing accusations at Israel – kind of like the way Hamas fires their rockets.