Know Your History: The Flag of Palestine

As I have posted about a lot on this site, the Israel-haters regularly like to point towards artifacts from then Palestine, in some kind of attempt to prove that a state of Palestine existed then and therefore exists now.

Yet no Israel supporter ever claimed “Palestine” never existed. We recognize there was a British Mandate of Palestine existing back then, and an area called Palestine as part of the Ottoman Empire before that. We just don’t accept that there ever existed a state of “Palestine” run by a distinct palestinian nation, before Israel came along. And history is on our side.

All of this is an introduction to the following further inconvenient fact for the haters: the flag of Palestine according to the League of Nations before the establishment of the State of Israel in 1948. 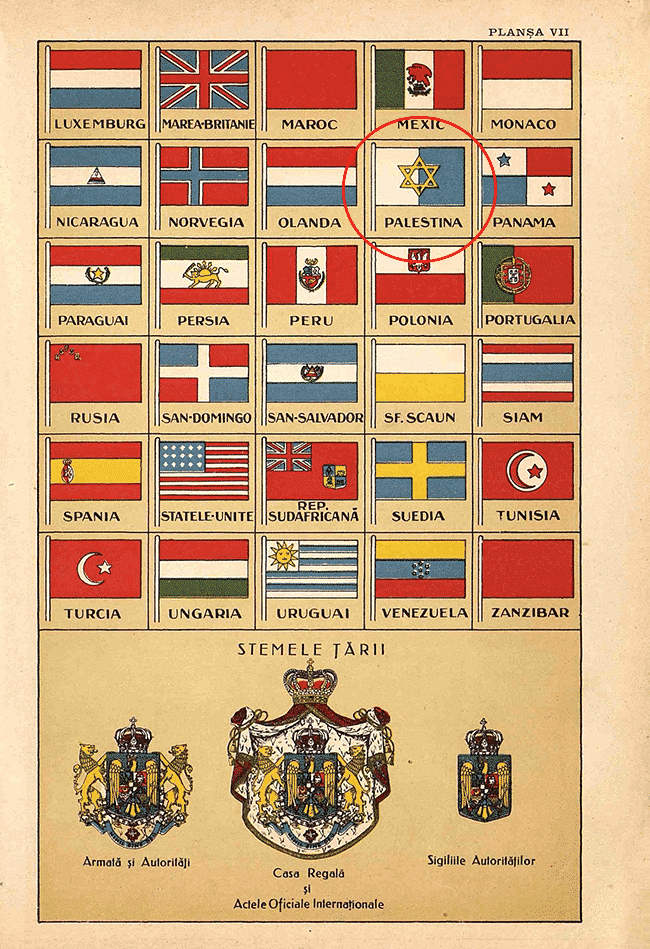 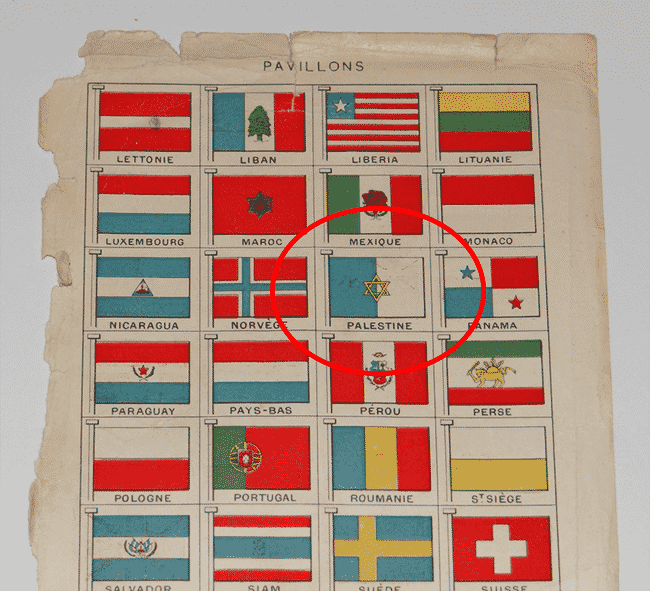 Interestingly, this flag from Världens Huvudstäder, 1936 looks very much like the present-day Israeli flag, rather than the ones above. 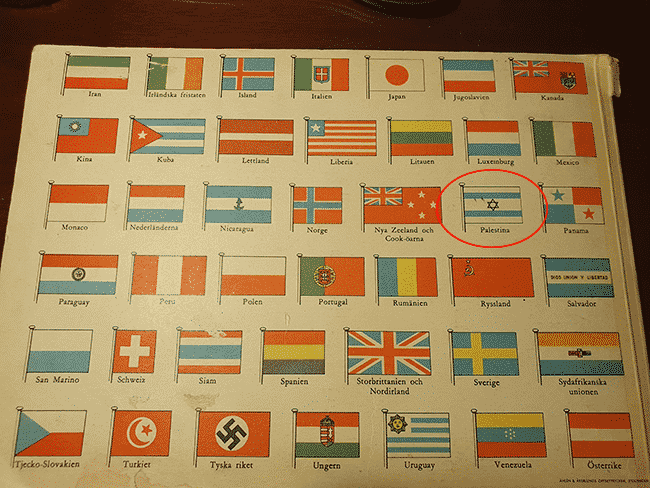 Nevertheless, I think you get my point.

Incidentally, the flag according to the UK was something else entirely.