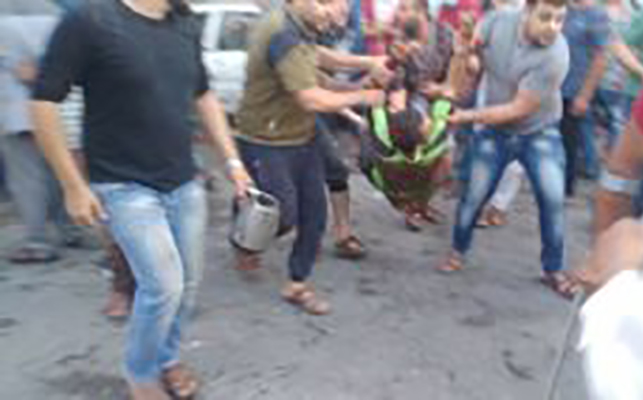 Yesterday palestinian media reported that  three children in Gaza were killed in an Israeli airstrike. The IDF denied this, saying the deaths of the children were the result of a Gaza rocket launch at Israel “that went wrong.”

This is a typical he said/she said situation, and the question is who to believe.

The simple answer is this: I tend to believe the IDF, which tries to minimize civilian casualties but when some civilians are killed as collateral damage, do admit to it and express regret. Versus the terror organizations and their media, which have no compunctions about lying about everything as their track record testifies.

But this answer won’t satisfy those who do not already see things the way I do, based on years of following this conflict and the respective behaviors of the main players. So here is the longer answer: The palestinian version of events is, as so often is, beset by contradictory accounts.

Let’s start with how the AP described the incident:

In Gaza, health officials reported a total of 20 deaths, including nine children.

It did not provide a breakdown, but at least seven members of a family, including three children, were killed in a blast in the northern town of Beit Hanoun. It was not immediately clear if the blast was caused by an airstrike or errant rocket.

Ashraf al-Masri, a member of the family, said there was an explosion outside the house.

“We don’t know where it came from,” he said. “We are trying to get the children for burial but the situation is difficult in Beit Hanoun and we are afraid to leave our houses.”

As you can see, their deaths were reported by a blast outside the Al-Masri house that even their family member admits was from an unknown source.

Even Al Jazeera does not attribute blame to Israel, instead vaguely speaking of explosions that rocked the street:

Most of the children belonged to the same extended family. Two siblings, 11-year-old Ibrahim and seven-year-old Marwan, were the only children of Yousef al-Masri.

The children were playing outside their homes before the Ramadan iftar meal in Beit Hanoun, in the northern Gaza Strip, before two explosions rocked the street.

Yet the anti-Israel site Middle East Eye reports a different version of events:

“The children were playing with their cousins in front of the house when a man on a motorcycle passed by, and the occupation targeted him twice,” Youssef al-Masri, the children’s father, told Middle East Eye.

“My children were martyred. I cannot find any justification whatsoever for targeting someone passing through overcrowded civilian neighbourhoods where dozens of children usually play,” he added.

Here, the children’s father somehow saw exactly what happened with great detail, even identifying the supposed target of the IDF strike.

IMEMC News, also an anti-Israel site, reports that missiles actually struck the Al-Masri home, another detail that seems to contradict the other reports:

In addition to those identified in the update below, five additional victims have been identified as having been killed by the two missiles that struck the home of Ibrahim Atallah al-Masri in Beit Hanoun, in northern Gaza Monday night.

In other words, it should be clear which side is telling the truth here…and which is not to be believed.

Update: EoZ thinks Hamas got to the relatives.

Update: Now for the proof.