Yesterday I wrote a piece explaining why it made sense to believe the IDF when they claimed three Gazan children were not killed in an IDF strike, but rather an errant Hamas rocket.

Now I can show you actual proof this is what happened.

According to the Al-Mazan Center for Human Rights (Hat tip: Tomer): 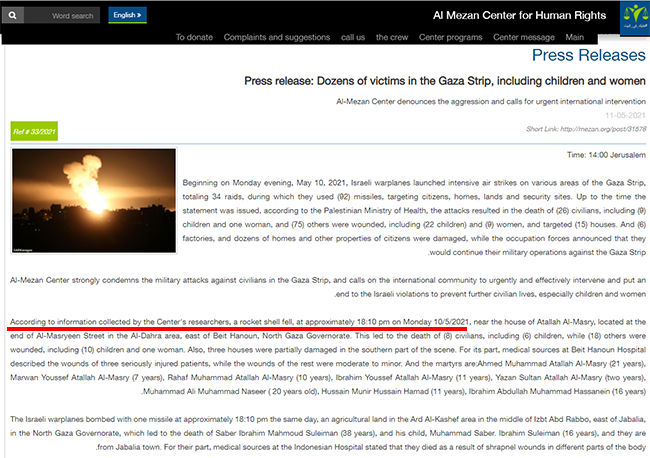 According to information collected by the Center’s researchers, a rocket shell fell, at approximately 18:10 pm on Monday 10/5/2021, near the house of Atallah Al-Masry,

We know the IDF had not struck back at Hamas targets in Gaza at this time.

We also know that 18:10 on Monday May 10th was right in the middle of a Hamas rocket barrage launched against Israel. 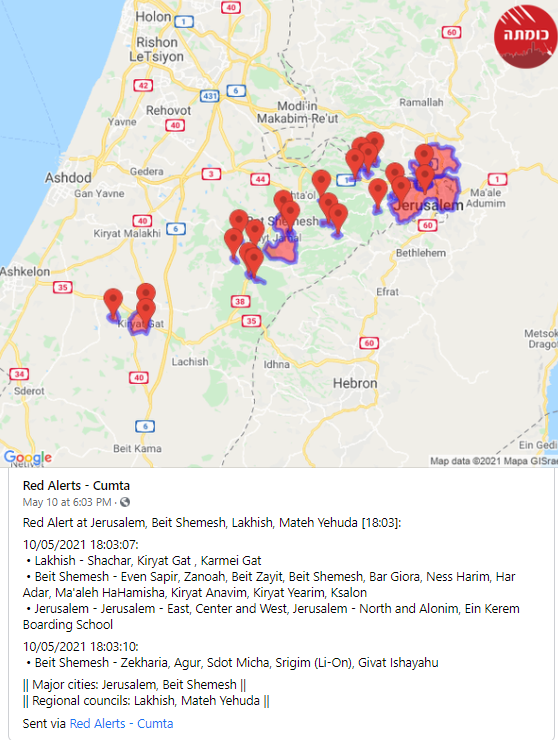 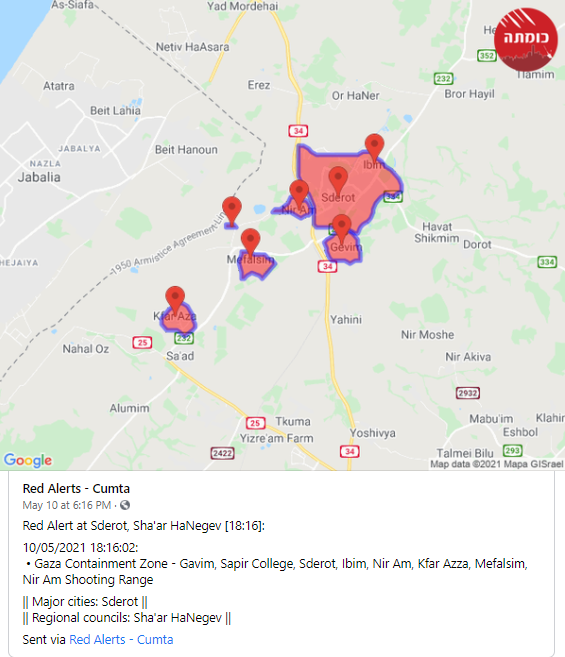 We are also aware of how Hamas fires rockets from among their own population centers:

Hamas keeps firing rockets at Israelis from densely populated areas in the Gaza Strip. This is a double war crime: targeting civilians while using them as human shields.

1/3 of these 250+ rockets fell inside the Gaza Strip, killing and injuring Palestinians. #GuardiansOfTheWalls pic.twitter.com/Io6E8v3iTX

So this kind of mishap is bound to happen. I have provided proof for this particular incident, but imagine just how many more Gazan civilians were killed by their own rockets.

And Hamas is completely ok with it happening, given they know the world will condemn Israel anyway.

Either way, Hamas are responsible for the death of their own – in addition to the deaths of Israeli civilians – given they are playing a dangerous game of chicken with them.