As I have shown on numerous past occasions, antisemite CJ Werleman masquerades as a journalist but has been caught time and again disseminating outright lies against Israel and the Jewish people.

Over a week ago, he tweeted the following video, in order to make it look like Jewish children in Israel want to kill Arab children:

Q: What will happen to Al Aqsa Mosque?

Israeli kids: it will collapse, explode and disappear.

Q: How do you feel when you met an Arab kid?

Israeli kids: I feel I want to kill them. pic.twitter.com/oq1wjgTvan 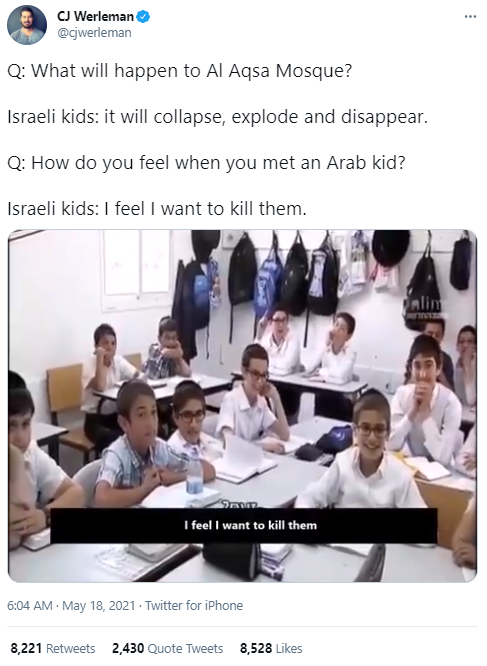 It turns out he used a video with subtitles that lie.

Twitter user Digfind located the source video as an edited segment from Dana Weiss’ June 2016 investigative report titled “Special Project: Jerusalem the next generation'”. The report highlighted the situation at the time in both Arab and Jewish schools.

The child did not say “I feel I want to kill them”, as Werleman’s video alleges. Here is the actual subtitle (from around 4:38 in the video): 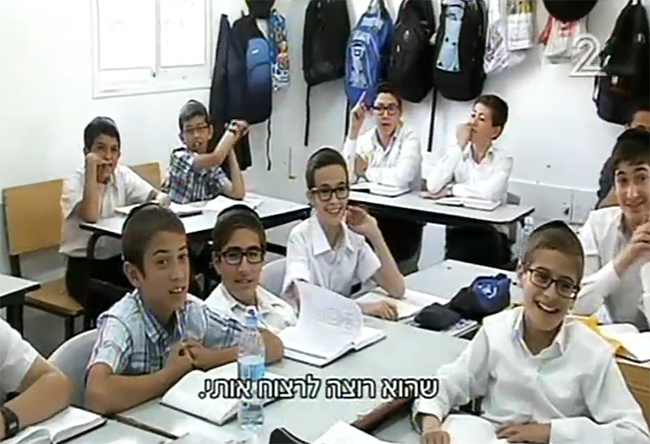 It translates “That he wants to murder me.”

In other words, the child was not expressing his murderous intentions towards Arab children, but rather the heartbreaking sentiments that he feels they want him dead.

In the same report, the Arab children claim all of Jerusalem will be Arab and deny the Jewish connection to the city. Yet strangely enough, Werleman does not post this. Instead, he posts a fabricated quote from a Jewish child in order to incite hatred against the Jewish people.

Werleman has no business pretending to be a journalist. He is nothing more than an antisemitic propagandist.