The New York Times have admitted that one of the children who featured in their front-page pictorial and slideshow showing the children killed during Operation Guardians of the Walls was actually a terrorist. 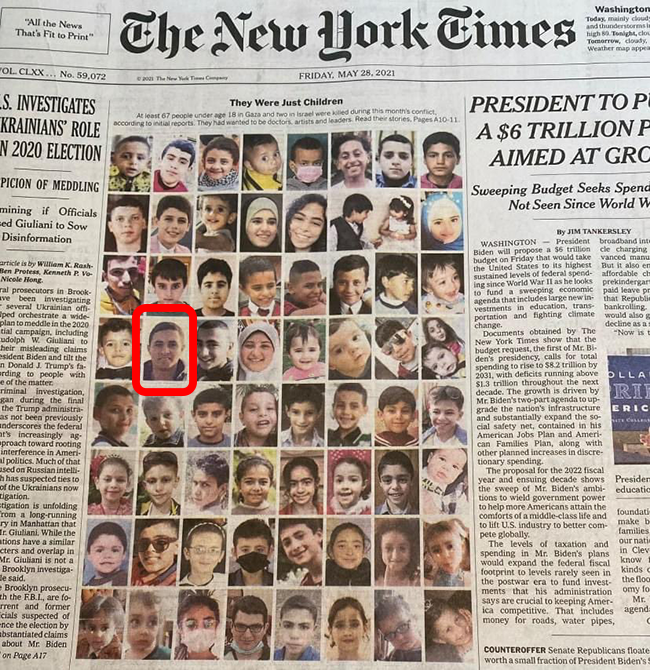 After a 17-year-old was killed in the Gaza conflict this month — one of 69 children killed in fighting between Israel and militants — a militant group claimed him as a member, though would not say whether he was killed while fighting.

The teenager, Khaled al-Qanou, was killed by an Israeli airstrike in the northern part of the Gaza Strip on May 13, according to a statement from the militant group, the Mujahideen Brigades. It is against international law to recruit or use minors in armed conflicts.

Mr. al-Qanou was among those pictured in a New York Times feature on all the children killed in the recent conflict, but details about his death had not been confirmed then.

While the Mujahideen Brigades said in a statement that Mr. al-Qanou was killed “within the Sword of Jerusalem Battle,” the name that militants in Gaza gave to the latest war, it did not explicitly state whether he was participating in the fighting when he died. In 2018, the Mujahideen Brigades were placed on a United States blacklist that punishes financing of terrorist groups.

Momen Aziz, an official in the political wing of the Mujahideen Movement, an umbrella group including the Brigades, declined to comment on whether Mr. al-Qanou was killed while fighting.

The Mujahideen Brigades said Mr. al-Qanou was 20, but official health records and his family members say that he was 17, born on Jan. 10, 2004.

The Israeli Army did not immediately respond to a request for comment about whether it purposely targeted Mr. al-Qanou.

Mr. al-Qanou’s older brother, Osama, said his sibling joined the Mujahideen Brigades earlier this year after members of the group pressured him for months to join their ranks, offering money and access to weapons.

“They exploited him,” said Osama al-Qanou, who added that his family was not supportive of his becoming a member of the group.

Human rights experts condemn the use of children in armed conflict, pointing out that recruiting them to fight is a violation of international law.

“Whatever the situation, it is flat-out illegal for armed groups to recruit and deploy any child under 18, even if they quote unquote volunteer,” said Eric Goldstein, acting executive director of the Middle East and North Africa division of Human Rights Watch. “They should be with their families, not out there as combatants.”

Mr. al-Qanou added that his family was so deeply opposed to his brother’s joining the Mujahideen Brigades that they refused to allow members of the group to pay their respects in the mourners’ tent they erected following his death.

“We kicked them out in front of everyone,” he said. 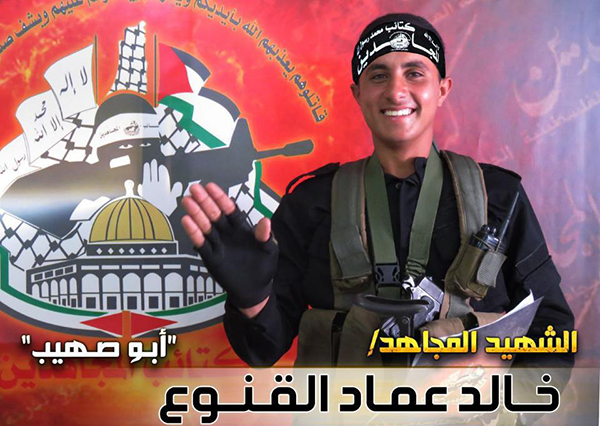 Mistakes like this will happen when you collaborate with the Defense for Children International Palestine (DCI Palestine), a terror-linked NGO.

Now will the celebrities and wokesters condemn the terrorist organization just like his own family did? Or will they just stick to bashing Israel?