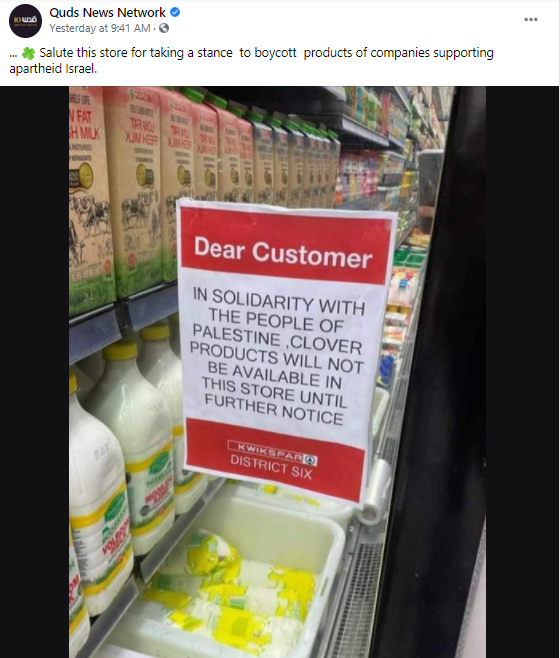 The sign looks legitimate and, furthermore, a check of the District Six Kwikspar’s website seems to confirm they are boycotting Clover products. 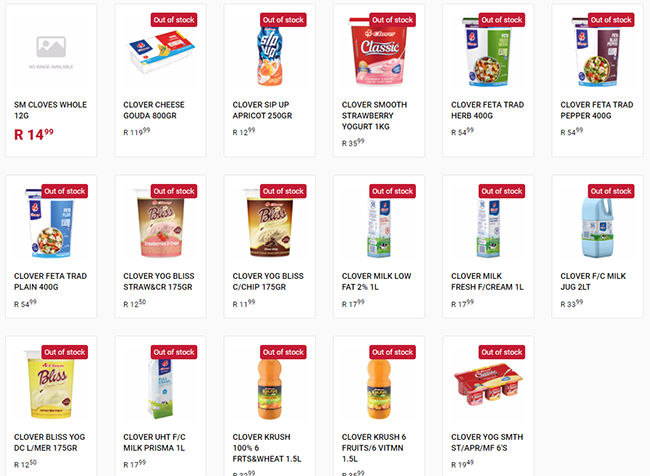 As far as I can tell, this does not seem to be a directive from Kwikspa as a whole, but rather just this branch.

An attempt by the Boycott, Divestment and Sanctions Movement (BDS) in South Africa to derail the purchase of dairy giant Clover by a consortium led by Israel’s Central Bottling Company has failed.

On September 25, the deal was finally approved by South Africa’s Competition Commission.

I am familiar with BDS-holes boycotting goods and defacing goods in stores, but this might just be the first case I have seen of a store blatantly boycotting a company with Israeli ties, which happens to also be one of their suppliers – or at least announcing it to their customers.

Here’s what you can do:

The best way to fight these boycotters is to hit back at them hard. In the pocket.

Update: According to a reader

Just spoke to Mike Prentice who is the GROUP MARKETING EXECUTIVE of the SPAR GROUP and he has just told me that he had spoken to the owner of the Spar in district six and the owner has AGREED to take down the blatantly anti-Semitic poster that he had up with regards to the selling of clover milk.ALL SORTED OUT.( No more keeping quite anymore, we as Jews must stand together ALWAYS)

I don’t agree this is sorted out. Not by a long shot.