A little over two weeks ago, I posted how actor Seth Rogen was bullying journalist Eve Barlow, who had tweeted out her latest piece on the rise in online antisemitism she encountered as someone who defends Israel online.

After I tweeted out that post, I was also then subjected to online harassment by actual antisemites, who seemed to have found a “good Jew” in Rogen. For his part, Rogen ignored the vile things they were tweeting at me, despite being tagged in those tweets. 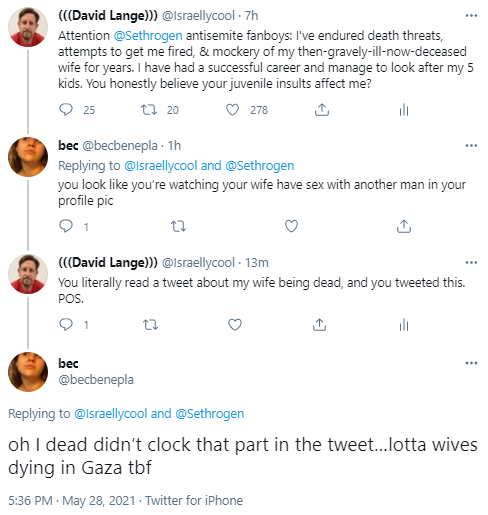 Weeks later, and Rogen is still at it, even trying to use his juvenile humor to shame StandWithUs executive director and friend Michael Dickson, who took him to task for allowing antisemites to continue his “good work” harassing Zionist Jews: 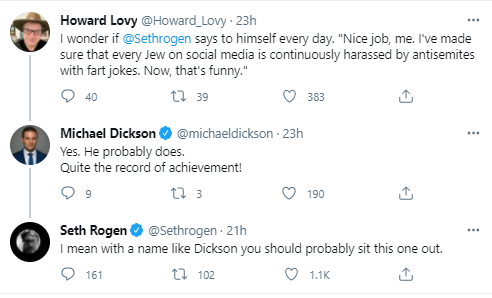 Michael then disclosed that Rogen had actually direct messaged him, and included screenshots of the exchange, which included Michael’s great response:

Seth Rogen came after me. He’s done it to other (fellow) Jews as well, leaving a firestorm of antisemitic and abusive comments directed towards them.
Following his tweets, he messaged me.
I’m posting his message and my response in the hope that he will listen and that those close to him will advise him to act differently. 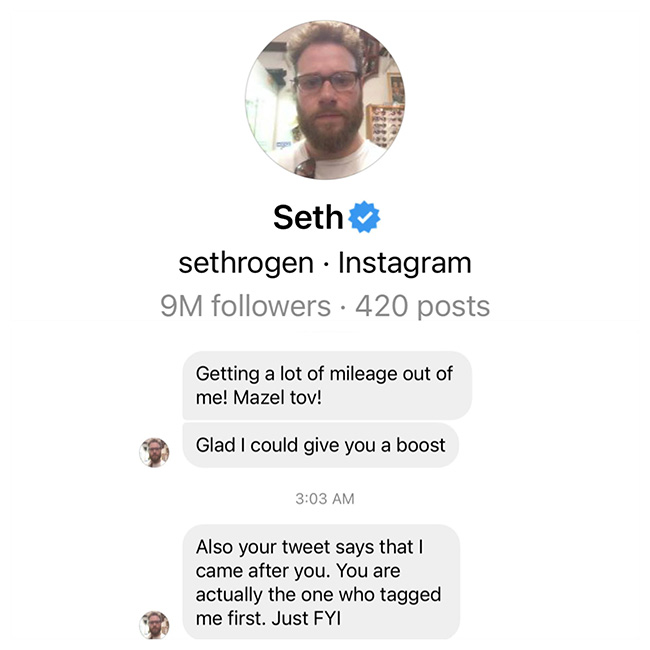 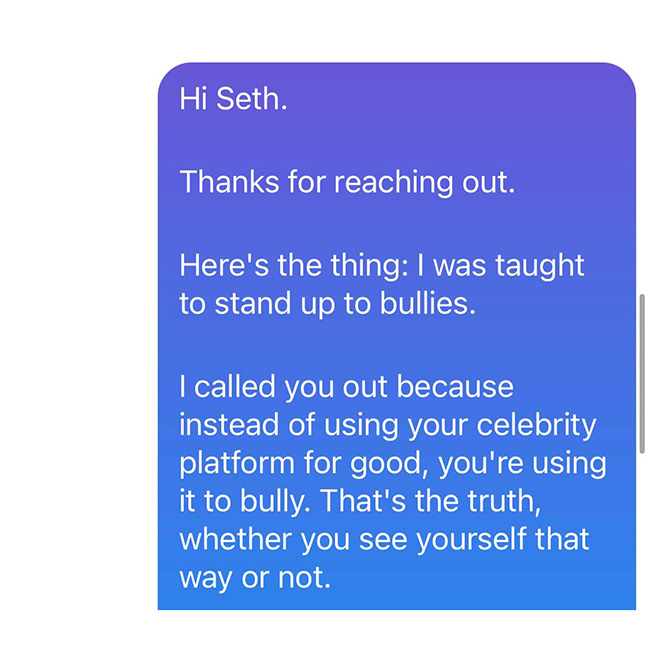 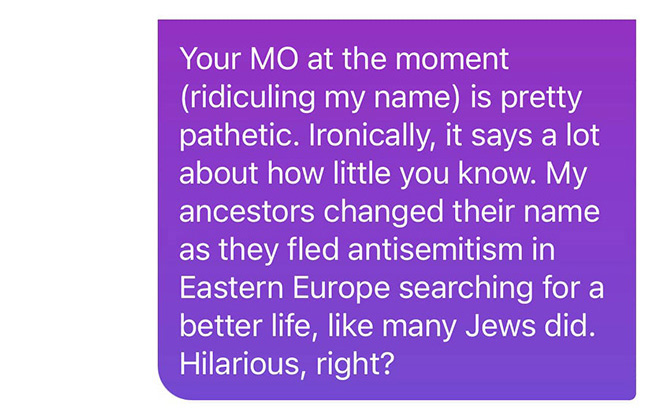 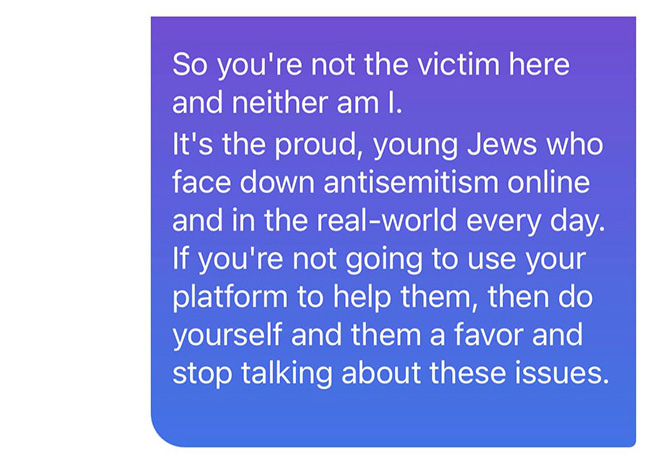 I somehow don’t think this will be the end of it; Rogen has a habit of wanting to get in the final word – even if that is a fart emoji.

Update: Rogen had tweeted this to Michael and then deleted it: 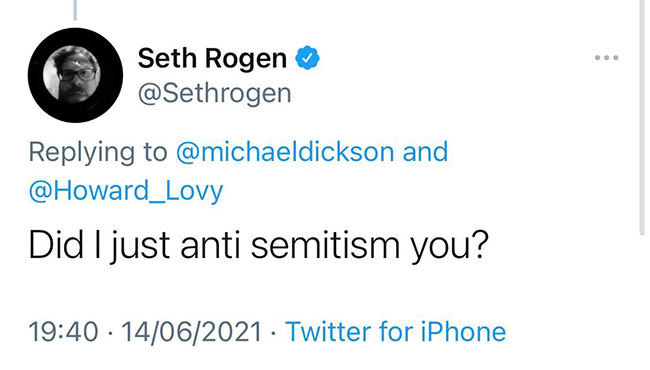