Following news of her suspension pending an investigation, Phoenix Children’s Hospital have indicated they finished the review – and the news is not good for antisemitic Pediatric Radiologist Dr. Fidaa Wishah. 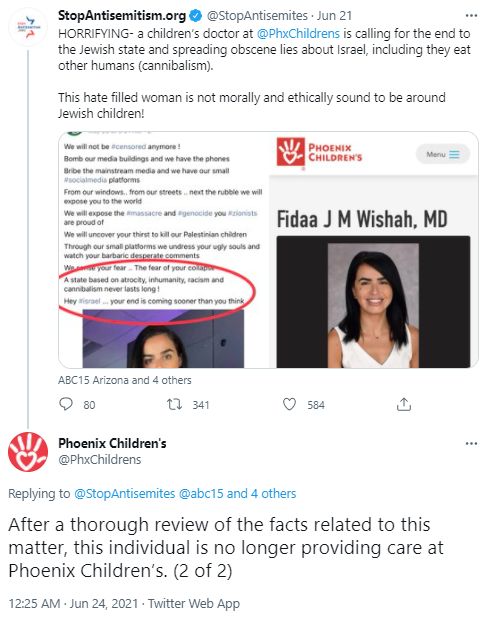 Naturally, the haters are furious, 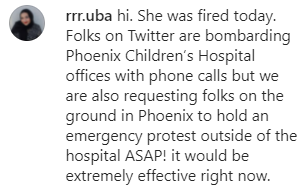 and they’ve been inundating the hospital’s social media with hate messages, 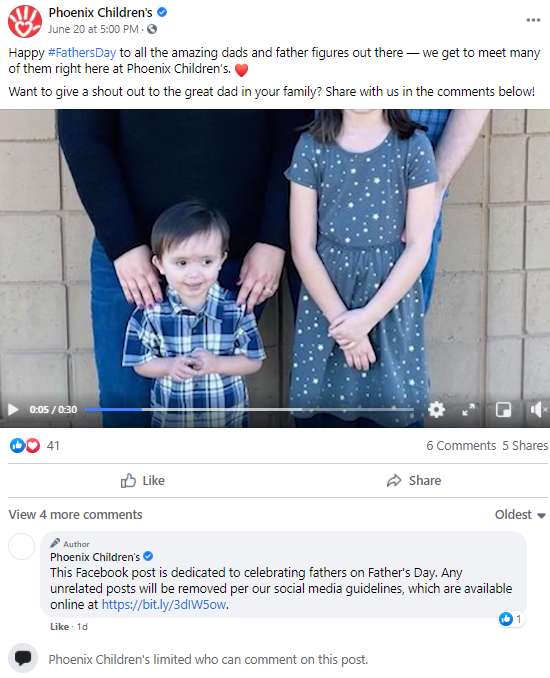 The question is now whether or not the Arizona Medical Board will act to suspend or revoke Wishah’s license (they can be contacted via this online form or phone (480) 551-2700).

While the State Medical Board of Ohio revoked that of antisemitic doctor Lara Kollab, her comments directly threatened Jewish patients. She also failed to disclose that she resigned from a clinic instead of being terminated when she applied for another job, so the two cases are not directly comparable. True, one can certainly conclude that Wishah’s comments indicate a deep antipathy towards Jews, and a nonchalance about the deaths of Jews in Israel. The question is, would the Arizona Medical Board view her as a clear and present danger to Jewish patients?