CAIR Arizona have announced they  – along with three private law firms – will be representing Dr. Fidaa Wishah following her firing from Phoenix Children’s Hospital: 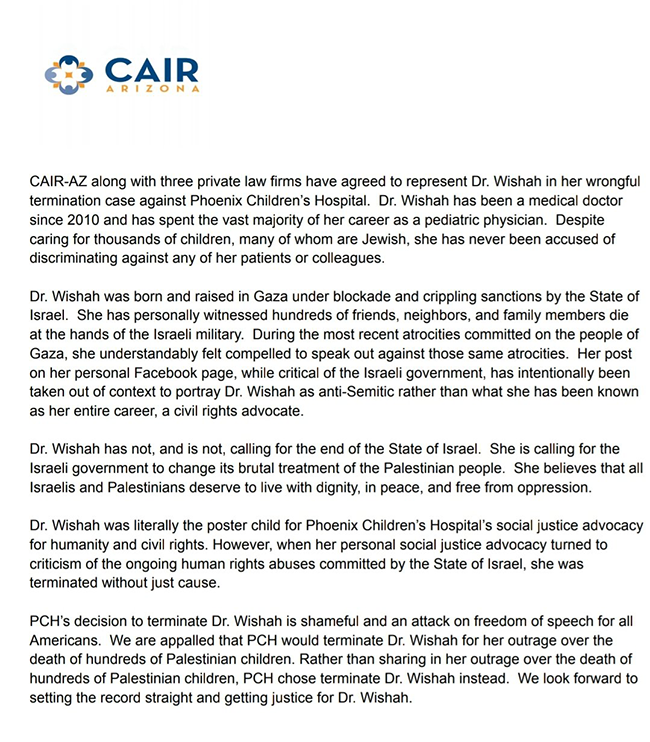 Note the substance of their claims:

As a reminder, me and others merely reproduced this screenshot in all of its contextual glory: 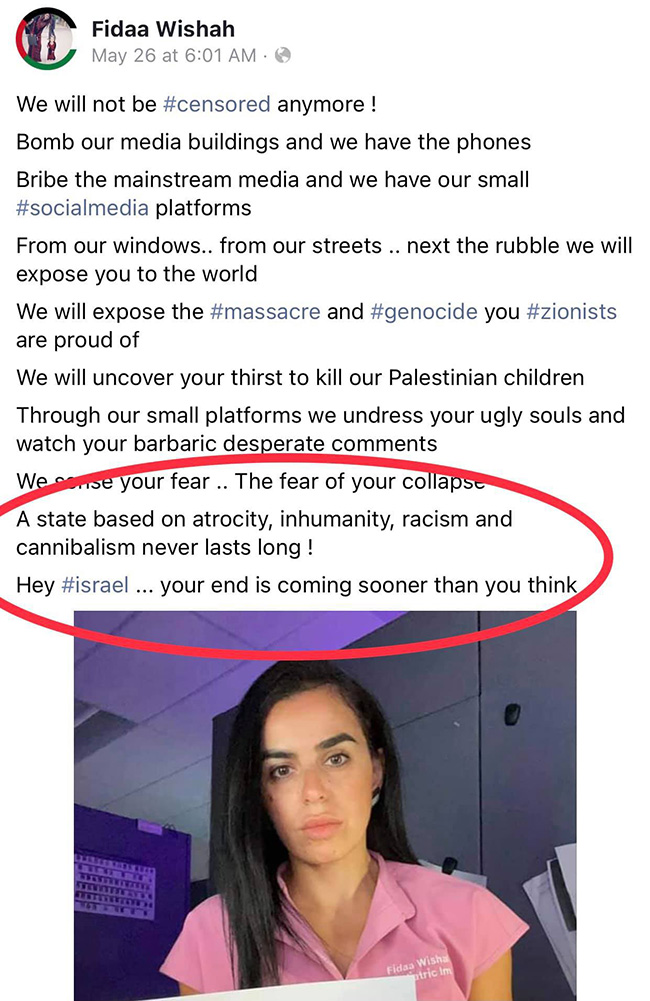 As you can see, she clearly called for an end to the State of Israel. “Hey Israel…your end is coming sooner than you think” is not mere criticism of the Israeli government.

As for being taken out of context as antisemitic, she accused the Jewish state of cannibalism, which echoes the medieval antisemitic blood libels, and liked the below comment:

She also "liked" a comment which asserted she should wear shirts that say "yel3an el yahud" which means "CURSE THE JEWS". pic.twitter.com/jUFaoO4YkO

There was no termination without just cause. I posit a reasonable person can conclude she could pose a potential danger to Jewish children, based on her disturbing comments. How could any Jewish parent feel comfortable having a person so full of hate for Jews provide medical care for their child?

There is no attack on freedom of speech here. Wishah is free to say whatever she wants, but she is also free to face the consequences of her words.

CAIR Arizona and the law firms can try to spin this all they like, but Wishah’s words and actions seem clear. I welcome them to also try and come after me – I stand by every word I have written about this.